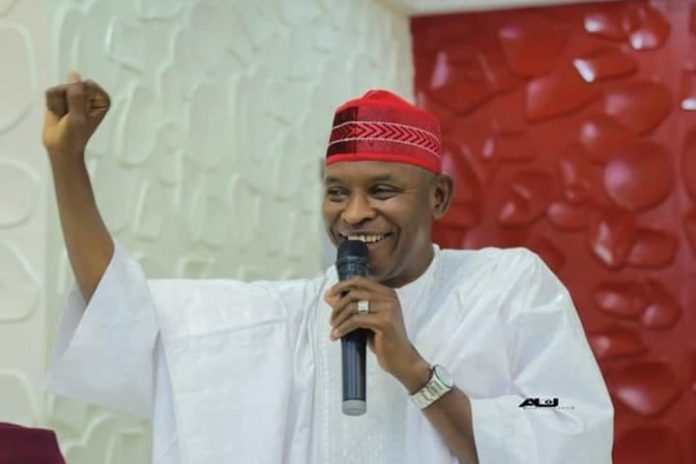 The Kano State Gubernatorial Candidate of the People Democratic Party (PDP), Engr. Abba Kabir Yusuf said he is surprised with the recent media interview granted by Gov. Abdullahi Umar Ganduje on the just concluded supplementary election in the state.

“For Ganduje to celebrate what happened on 23rd of March, 2019, his conscience must have been on vacation. It is our prayer that he regains it quickly and apologize to the good people of Kano State on his malicious actions that put the state into anarchy through crass impurity”

It was glaring to the local and foreign media, domestic and international observers
and the general public as well how Kano was placed under siege by hired thugs imported from neighboring states of Zamfara, Katsina, Kaduna, Plateau, Bauchi and the Niger Republic by Gov. Ganduje and his cohorts.

The election was characterized by open vote buying, voter intimidation, harassment and flagrant abuse of human rights, killing and maiming of innocent citizens in connivance with the hoodlums who enjoy the full cover of the security agents.

It was clear that voters were disenfranchised, sensitive materials were hijacked by APC stalwarts who were seen stuffing ballots boxes with already thumb printed
ballot papers in favour of the ruling APC. Results were fabricated with the full support of the INEC officials.

Upon all the unfortunate trend of events that took place during the re-run, INEC
went ahead to unlawfully declared the result in favor of Ganduje which throws the
people of Kano into a state of mourning for weeks.

It is evident that INEC in Kano and the security apparatus have been compromised through inducement by the Ganduje’s administration. We have seen reports exposing speedy land allocation to some INEC officials. To a significant extent, Ganduje influence the major decisions of the electoral body (INEC).

“I am still battling to recall which celebration Ganduje is referring to in his
interview, is he referring to the huge amount of money spent on DJs to amplify the
celebration of his purpoted victory?

“To us democracy is massacred during the Kano Supplementary election, there was no election conducted, it was nothing buy a sham which led to robbing the people’s mandate in a broad day light approach”

In our mission to reclaim the stolen mandate, we have resolved to challenge the
unlawful declaration of Ganduje by the so called professors at INEC Kano; we have a very prosperous case to pursue at the Election Petition Tribunal, which has the potential to restore the public confidence of the judiciary in Nigeria.

We’ve Proved Buhari Has No Certifcate To Contest Presidential Election –...