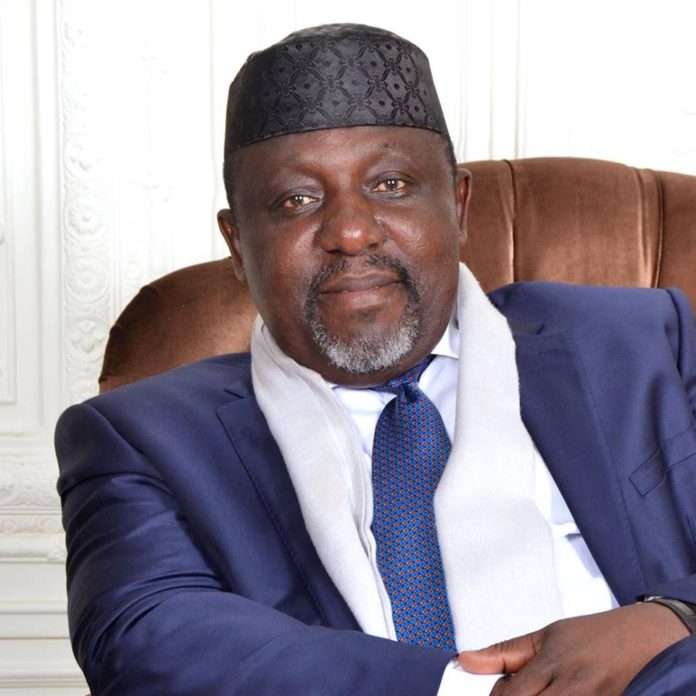 RE: ALL CIVIL SERVANTS, PUBLIC OFFICERS, SPECIAL AIDES AND GOVERNMENT OFFICIALS IN ALL DEPARTMENTS OF GOVERNMENT

In a Press Release with the referenced Caption, Chief Emeka Ihedioha, through his media aide stated that “Processing, Issuance, Execution and Collection of Certificates of Occupancy in respect of land within the Owerri Capital Territory are hereby suspended”. He threatened to deal with “all the Civil Servants, Public Officers, Special Aides and Government Officials in all Departments of Government” who would disobey this order.

We want to ask those mentioned in the press release to ignore both the directive and the threat. There is no Office like governor-elect in the Constitution of Nigeria or in any other known ordinance. In other words, there is only one office of the governor in the State. And Owelle Rochas Okorocha is the Occupant of that Office now.

Owelle Okorocha is the only one that has the Constitutional right to issue such directives not the governor-elect. Therefore, those concerned should continue to do their works without fear of molestation since they have not Contravened any law of the land or any Civil Service rule. And the activities of government cannot be kept on hold because someone has been declared winner of a contentious governorship election.

One would have also thought that the PDP people had learnt any lesson from their abysmal outing in the State from 1999 to 2011, but with the way they have started, there is every reason for Imo people to worry. And that is the reason some governorship Candidates who didn’t want to challenge the outcome of the guber election at the tribunal have gone to do so now.

These elements don’t even have direction. They would issue ten press releases on one Subject-matter. This is strange. And they have also come up with the allegation of looting because they think that everybody is like them. They are only trying to prepare the ground for looting.

Imo people will ultimately miss Rochas Okorocha. Whoever doesn’t want to believe this sincere assertion should at least take note of it.

Once again, Chief Ihedioha should remain civil until he is sworn-in on May 29, 2019. When he comes in, he knows what to do on any action taken by Owelle Okorocha’s administration. It does not require too much noise or rascality.

Rochas Okorocha has transformed Imo State to a very large extent. Introduced and ensured free education from Primary to the University since 2011, made Owerri a befitting State Capital with 8 to 12 lane-roads and street lights. And Owerri Capital City that had stopped at Concorde Hotel when PDP held sway, has today connected Obinze and so on. Built six new Universities, renovated Premier Colleges like Government College, Emmanuel College, Ikenegbu Girls College, Akwakuma Girls College, Government Technical College, etc, which the PDP administrations left to rot.

Indeed, Rochas Okorocha has more than one thousand verifiable projects to his credit. PDP only promotedshare-the-money policy and dwelt extensively on merriment with expensive wines like MOET, XO, HENNESSY as their choice drinks. And we do not expect them to perform any magic this time. So, they should curtail the whole noise. We know their Capacity.

Ex-B’Haram commander: “I can make Shekau, others surrender”