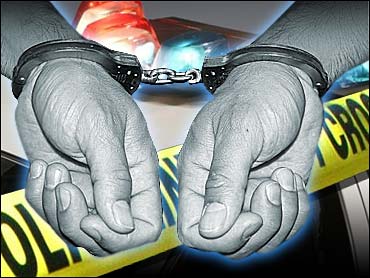 The Joint Admissions and Matriculation Board (JAMB) says it arrested a third year medical student and another undergraduate for attempting to write the ongoing Unified Tertiary Matriculation Examination (UTME) for candidates.

The board’s Head of Media and Information, Dr Fabian Benjamin, disclosed this in an interview with the News Agency of Nigeria (NAN) on Friday in Lagos.

NAN reports that the 2019 UTME commenced on April 11 in 678 centres across Nigeria.

According to Benjamin, in spite of the measures put in place to stamp out impersonation and other forms of examination malpractice, desperate individuals still attempted to commit the offence.

“On interrogation, it was discovered that the said lady is a medical student of the Usman Dan Fodio University, Sokoto.

“Another case of impersonation was also reported in Benin,” he said.

According to him, the second suspect is an undergraduate of the University of Benin.

“We will like to state in clear terms that the board has zero tolerance for such an offence and related crimes aimed at undermining the integrity of its examination and its processes.

“We have been briefed about these developments; at the appropriate time, they will face the full wrath of the law,” he said.

According to Benjamin, so far, the board has recorded much success in the conduct of the examination.

He said few cases of technical hitches in some of the centres had, however, been recorded.

“I must say that we have recorded a huge success so far in the conduct of the examination.

“Having said that, I will also like to mention that some centres have, however, fallen short of the standards of the board in terms of facilities and other logistics.

“The board is doing everything possible to ensure that candidates in such centres are not short-changed by any means.

“They should not panic as they will be relocated to new centres by the board in due course.

“The board will relocate them to new centres for the examination, with new dates.”

He advised the affected candidates to check their profiles from time to time for the new centres and dates for their examination.

“The board is not happy with this development as it has been discovered that most of such centres are mainly those situated in secondary schools, with their owners claiming to have perfect facilities on ground before the commencement of the examination.

“Others involved themselves in one infraction or the other.

“We are not going to take these issues lightly with defaulting centres and their owners. At the appropriate time, they will be sanctioned,” Benjamin said.

He said that candidates who thought their centres were shut out from the examination should not panic, as it meant they had been relocated.

“With the complaints we got from such centres without capacity to meet the board’s examination standards, we quickly swung into action to relocate the candidates, as we do not want them to feel cheated or get confused.

“So these candidates might arrive at such centres to discover that nothing is happening there.

“They should not panic, they should just know that they have been relocated from such centres to a new one.

“All they have to do is to continue to check their profiles for information on their new centres and dates for the examination,” he said.

He said that JAMB would continue to deploy resources within powers to ensure that no candidate would be left behind.

Christmas Celebration: Abia Rice is here for you