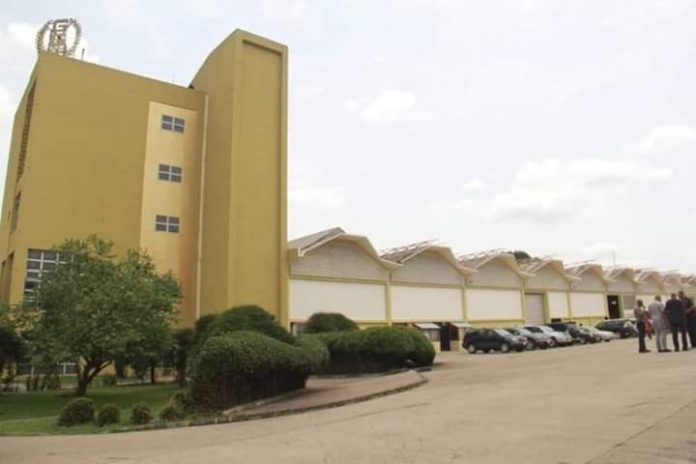 Golden Guinea Breweries had in 2018 announced it would make its re-entry into the nation’s beer market next month.  The Umuahia-based brewer has  completed  major overhaul and upgrade of its production facilities following a fire outbreak in 2003 that led to the closure of the brewing company.

Pan Marine investments Limited, the core investor in Golden Guinea Breweries Plc said the company’s share trade at the Nigerian Stock Exchange (NSE) will resume in the near future once its operations gets off the ground.

The company’s minders revealed that the firm’s products will not be limited to the Eastern states, but across the country.

“Our distribution is not going to focus only on the Eastern States but will be distributing our drinks across Nigeria. We must ensure our drinks are in Lagos and other states in the West, North and Southern Nigeria, while also consolidating our premier position in the East,” a representative of Pan Marine Investments Limited said.

The result is that from distribution networks to support services, there is new lease of life. Everyone from suppliers to contractors, engineers, plumbers, accountants and even food sellers feel the good times are back.

“If you know Umuahia, you will understand what I am telling you. Golden Guinea is not just a company; it is the pride of the people of Umuahia, nay Abia State. It has been closed down for about 13 years and we are very happy that in a very short while, it will resume production,” said a commercial driver named Obi to a BusinessDay reporter.

“We can’t wait to drink ‘Oyoyo mmi’ which is an Igbo name the beer brand is known for”.

The core investor promised to engage up to 10,000 direct and indirect staff, majority of which will be sourced locally, thereby creating positive impact on Nigeria’s labour market.

“The good thing is that this is a private sector-led enterprise”.

The investor revealed it is also installing its own independent power supply.

“Despite dedicated power line, we are also constructing independent power to ensure uninterrupted power supply to the brewery,” the firm said.

Golden Guinea Breweries first commenced business in 1963, following the independence of Nigeria. At the time, it was called Independence Breweries Limited. It had an initial installed capacity of 1 million gallons. The company introduced Eagle Stout in 1967 but was interrupted by the breakout of the Nigerian civil War between 1967 and 1970.

The company changed its name in 1971 to Golden Guinea Breweries following the end of the civil war. In 1975, it underwent a major retooling, adding extensions. The company’s products also expanded to include Golden Guinea Lager, Bergedorf Premium Lager and Bergedorf Malta, all under licensing from Holsten Brauerei AG of Hamburg, Germany.

Golden Guinea Breweries suffered a fire outbreak in 2003 leading to a closure of the plant. Successive governments in Abia State set in motion the ground for its eventual resuscitation.

Yesterday the Abia State Commissioner For Information Chief John Okiyi Kalu confirmed the readiness of the Brewery company when he visited their office as part of his Commitee’s evaluation of Projects in Abia State.

The State Governor Dr Okezie Ikpeazu during his visit to the facility in 2018 said the economic life of Umuahia will boom again when the company fully resume operation.