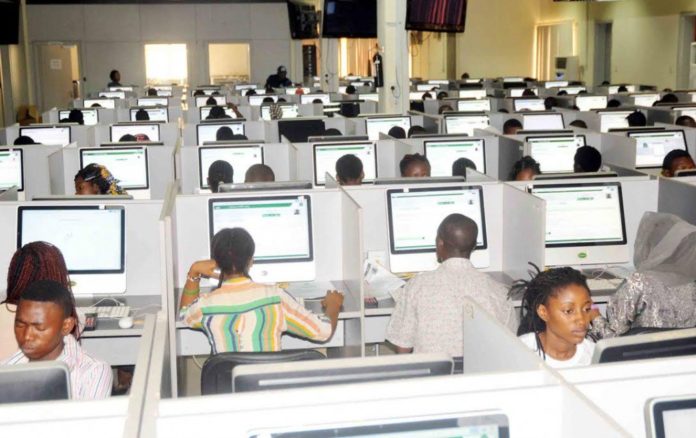 Mr Sola Kuye, the Coordinator of the JAMB Zonal Office in Ibadan, has given an assurance that all registered candidates would write the 2019 University Tertiary Matriculation Examination in spite of some challenges currently being experienced.

Kuye gave the assurance in an interview with the News Agency of Nigeria (NAN) in Ibadan on Friday while assessing the conduct of the examination in Oyo State.

According to him, JAMB is working tirelessly to resolve the challenges arising from the conduct of the examination in some centres.

“It’s been so far so good. We thank God that with little issues here and there, we are on top of the game as we are resolving the issues.

“It is going fine today, being the second day of the examination.”Generally, we have been having the challenges of power; generators having issues in at least two centres now.

“However, they have been trying to overcome it using alternative or backup power.

“Where we couldn’t, the candidates were moved to a spare centre, which is a standby centre to write their exam,” Kuye said.

He, however, noted that there was no issue with the internet, but only an intermittent system breakdown.

“But we have technicians who are attending to such issues, so there is no problem.o

“I want to encourage the affected candidates and their parents to keep calm, we will see to it that they write the examination.

“There would be no problem at the end of the day,” he said.

Meanwhile, a parent, Mrs Funmi Opeolu, while lamenting the hitches faced by some candidates, urged JAMB to find lasting solution to the issue of power.

“We want JAMB to do all it can to solve this power challenge; it is saddening that we are still experiencing this kind of hitch.

” Most of us, as parents, left our jobs to see to it that our wards write their exam, but we have been standing since to no avail.

“We have moved from one centre to the other, seeking a way out,” Opeolu said.

While two candidates, Miss Rukayat Olaleye and Master Kayode Ekundayo, told NAN that the examination, was hitch free, another candidate, Miss Zainab Adeagbo, complained of power outage in her centre.

NAN reports that with 31 CBT centres and over 90,000 registered candidates in Oyo State, the centres having issues are God is Able CBT Centre, Iyana Church and Excellers College ICT Centre, Olodo.

In addition to the troubled centres is a section of the Distance Learning Centre of University of Ibadan.