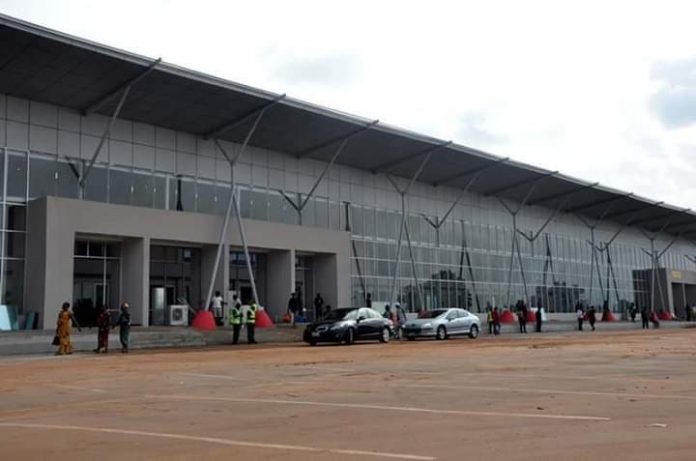 Following safety concerns raised by Federal Airports Authority of Nigeria (FAAN) on potential air hazards in and around the Akanu Ibiam International Airport, Enugu, the Enugu State Executive Council has ordered the immediate closure of Orie Emene Market near the airport.

Briefing newsmen after the council’s meeting on Friday, the State Commissioner for Information, Mr. Ogbuagu Anikwe, disclosed that the council also closed the abattoir near the airport and equally ordered the immediate removal of all illegal structures encroaching on the land of the airport.

Mr. Anikwe added that “the Chairman of Enugu East Local Government Area has been directed to effect the immediate closure of the market”.

He explained that “the State Executive Council had on 12th October, 2018 approved funds for relocation of the State Broadcast Mast on the approach of the runway to Okpatu Hill (Ugwu Rerenkwu) in Udi Local Government Area but the implementation of this project has been hampered by the disruptive activities of some youths in the community”.

According to the information commissioner, “Enugu State Government hereby directs immediate cessation of all hostilities against the project as any further interference will attract the full wrath of the Law given that the government has paid all the necessary compensation.

“The Traditional Rulers of Okpatu communities and Town Union Leadership are hereby called upon to ensure full compliance with the above directives”.

I won’t pressure voters, vote for your preferred candidates – Buhari