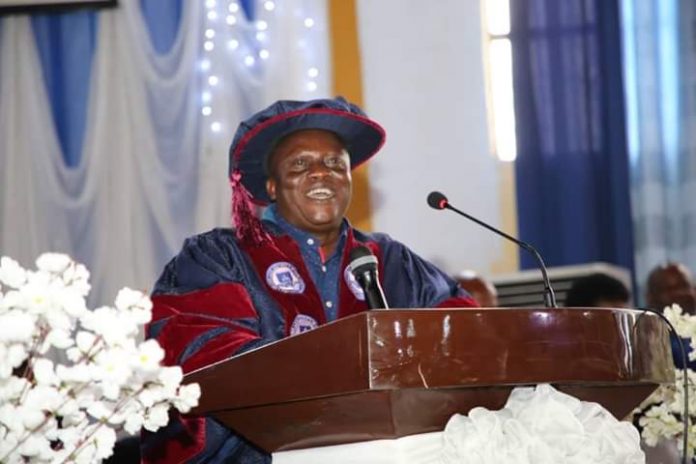 Vice Chancellor of the Rivers State-owned Ignatius Ajuru University of Education, Professor Ozo-Mekuri Ndimele, has announced that the university has decided to award scholarship to 230 indigent students on good academic standing of 4-points and above from the 23 study departments. He said it would go to those having challenges in paying their fees and may drop out of school if nothing is done to support them.

The Vice Chancellor who stated this during the 10th matriculation ceremony of the institution in Port Harcourt, also used the occasion to award scholarship to nine students from their host community of Ndele, Rumuoluneni, and Rumuokalagbor, as part of its corporate social responsibility to the people.

Ndimele revealed that the university ‘s decision was aimed at protecting the future of the students instead of allowing them drop out of school to be frustrated and cause nuisance in the State and nation tomorrow. He also said it is to foster a peaceful and harmonious relationship with the host communities of the institution.

The vice chancellor during the occasion warned the matriculating students not to indulge in negative postings on social media, or publishing anything concerning the university without the permission of the institution.

The IAUOE VC noted that though students are encouraged to flow with the global tide of the digital and information age, they must be careful not to destroy the university through negative comments on social media as it invariably means destroying themselves.

The VC while guaranteeing the students a peaceful and safe environment, informed that the university has been adjudged the safest in the country by security experts, and pleaded with the new intakes who may be members of cult groups to denounce their memberships as the institution has zero tolerance for cultism.

He urged the students to uphold the integrity of the institution, warning that those found wanting in character will not be awarded any degree by the university. He said any attempt by any student to destabilize the peace enjoyed in the institution would be resisted.

Ndimele added that the matriculants must count themselves lucky, as out of the 14,202 candidates that applied to the university, only 5,185 were considered.

In addition, he said all 47 undergraduate programmes offered by the university now have full accreditation from the National Universities Commission (NUC) and the school has introduced a new system whereby some of the examinations are implemented through computer-based test (CBT).