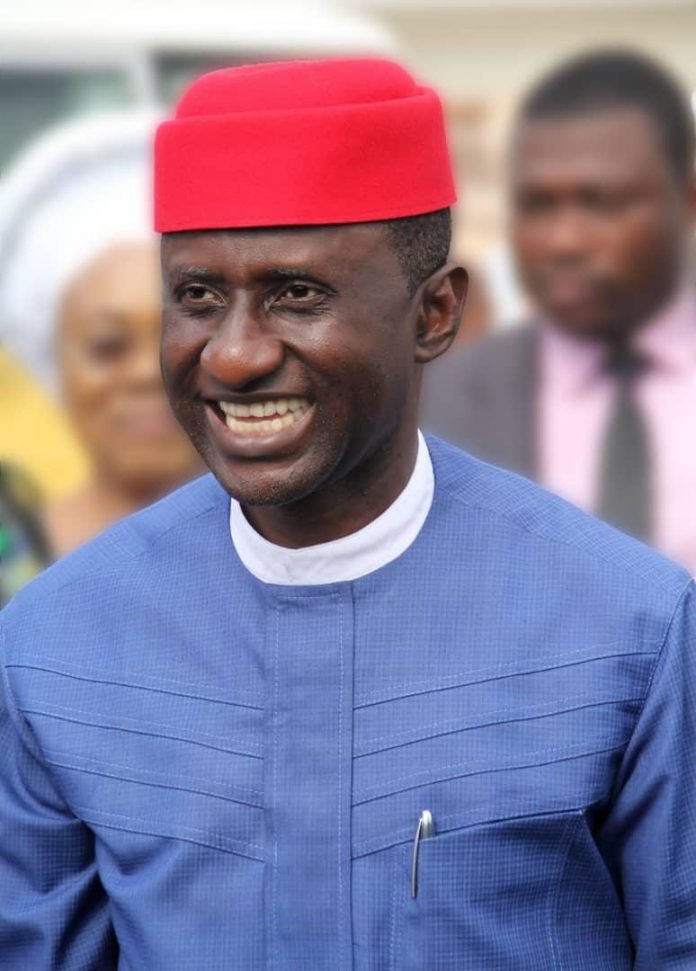 I will begin by saying losing election does not mean one has lost his or her voice or should stop commenting on the issues affecting the general public, especially when the election in question is not free and fair, but jungle democracy and money politics.

Abia State as a case study, the electorates most times don’t know what is good for them, how to judiciously secure and achieve that which is good; they only know what is good for their bellies and how to feed today without consciousness of tomorrow. However, this is where men like us have problem with democratic institution because we believed that democracy is not for poor, underdeveloped and hungry society.

IKPEAZU won the Abia state Governorship Election, not because he campaigned better than Dr Uche Ogah or toured Abia State communities more than him.

The election was never won based on merit, integrity, accountability, popularity, intelligence, unquestionable character, ideas and purpose driven, but by fraud and taking advantage of the hunger that has been created by the callous political class. The masses are hungry and they believed that 2k could make them pot of soup, and quench their tastes, so, they bowed to the pressure of hunger by selling their votes to *PDP* candidate Ikpeazu against Dr Ogah.

Hunger has always been and hunger will always be the greatest weapon in the hands of the ruling class to subject the people, a hungry man is a sick man and when a man is sick, he attends to his health more than any other thing. I was part of the most campaigns on ground for 2019 general election as I have candidates contesting for Senatorial seat and house of Representatives though some of my candidate later joined APC and I witnessed so many things, how people begged us for money including bread and sachet water because of the hunger and poverty level in Abia State, created by the wicked political leaders.

We got to a certain village where women begged us for bread and strongly complained of hunger, we couldn’t resist this, but bought them bread and water because of love for humanity, not political interest. Then I asked myself how will these people resist and reject 2k from the political thieves when election comes? There my hope began to shake because I perceived that money might prevail against good character, integrity and competent. To solve Abia State electoral fraud, odious taste and deficiencies, we must solve the problem of hunger as hunger is the greatest weapon in the hands of the neo functional politicians.

Losing election does not mean one has lost his voice, Dr Ogah has always been and he will always be the voice of the oppressed in the society. Whether the people realize it or not, I believe that once we are able to defeat hunger which is the greatest enemy of true democratic practice in Abia State, the electorates will be able to clearly identify their real enemies and genuine friends in politics.

Finally, the party men (partisans) who candidates always use to buy votes from the feeble minded populace during elections must know that darkness, suffering and hunger does not know the political party they belong. Suffering and hunger only recognize you as a human being and you will be treated as human by hunger. So, be careful and put the future of your generation into consideration because they will not be spared from the bad governance of those you bought votes for yesterday.

Ogbonnaya Uma is Accord State Chairman in Abia State.

Nigeria And The Pathway To Genuine Peace. By; JEROME-MARIO UTOMI.

RIVERS: The Burden of A Former Spokesman (Part 1)… By Emma...