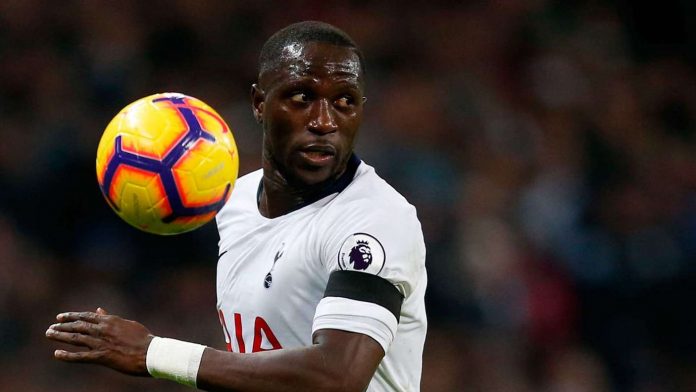 The Frenchman has been a revelation in Spurs’ midfield this season, but admits things can change ‘very quickly’ in football.

Tottenham midfielder Moussa Sissoko has insisted he is happy at the North London club after playing a pivotal role this season, but admits “anything can happen in football very quickly”.

The French international has found his feet with the Champions League finalists after initially struggling to make an impact following his arrival from Newcastle United in August 2016.

However, the 29-year-old has become a vital piece of the Tottenham jigsaw over the course of the 2018-19 campaign, helping the club to a top four finish in the Premier League ahead of Arsenal and Manchester United as well as a place in Europe’s showcase final against Liverpool next month.

Speaking on Canal Football Club, the former Toulouse man said: “Today I feel good over there (in London). This year everything is going well for me.

“I am still under contract with them so all is good. But you know it better than me, anything can happen in football very quickly.”

Sissoko did admit that he was unsure if his Tottenham future hinged on that of boss Mauricio Pochettino, who has been heavily linked with the vacant manager’s role at Juventus in the wake of Massimiliano Allegri’s imminent departure.

In recent months, Pochettino has been linked with a number of jobs, including Real Madrid and Manchester United.

Even with both of those posts filled by Zinedine Zidane and Ole Gunnar Solskjaer, respecitvely, Pochettino’s future remains a hot topic, and Sissoko says it could impact his own Spurs tenure.

“Not necessarily, I don’t know,” said Sissoko when asked if his immediate career plans were linked to Pochettino’s future.

“At the end of the season, it could be that they have a new project, that a new coach comes, and he doesn’t count on me, he wants to sell me.

“Many different things could happen. But for the moment I feel good there, I am happy there, and in my head I have no thoughts of leaving.”

Spurs, who finished fourth in the Premier League this season behind Manchester City, Liverpool and Chelsea, take on the Reds on June 1 in Madrid in the Champions League finale.

‘Chelsea are a crisis club at the moment’ – Sutton

‘Ronaldo and Rooney were not ready-made’ – Solskjaer wants to develop...