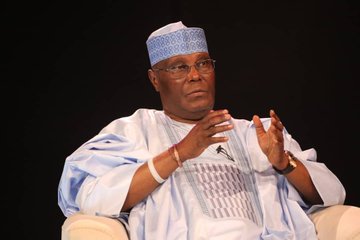 Former Vice President, Atiku Abubakar has demanded that Lauretta Onochie, the special aide to President Muhammadu Buhari on social media, offer an apology and a payment of N500million for ‘defamatory comments’ she allegedly made against him.

According to a letter signed by Atiku’s lawyer, Mike Ozekhome , Onochie is write and pay the money requested for a tweet in which she alleged that Atiku was on a UAE security watch-list, a tweet which Ozekhome describes as lies capable of damaging Atiku’s reputation.

The PDP presidential candidate denied being on any security watch-list and threatened to sue Onochie for cyber bullying.

He challenged the President’s special aide to provide facts to support her claims.

Below is the full letter as served by Mike Ozekhome 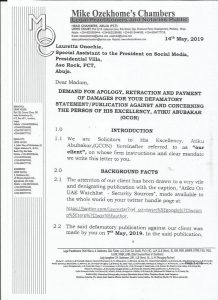 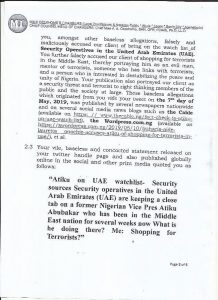 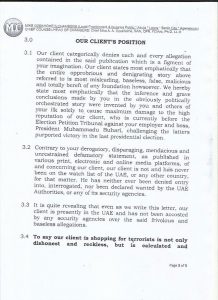 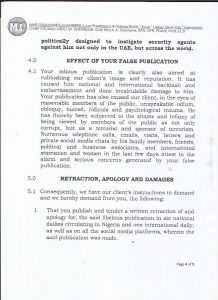 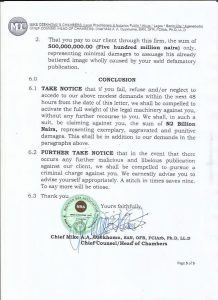