Home PUO POLITICS IKPEAZU felicitates with Charles Nwangwa over ghastly accident as both embark on... 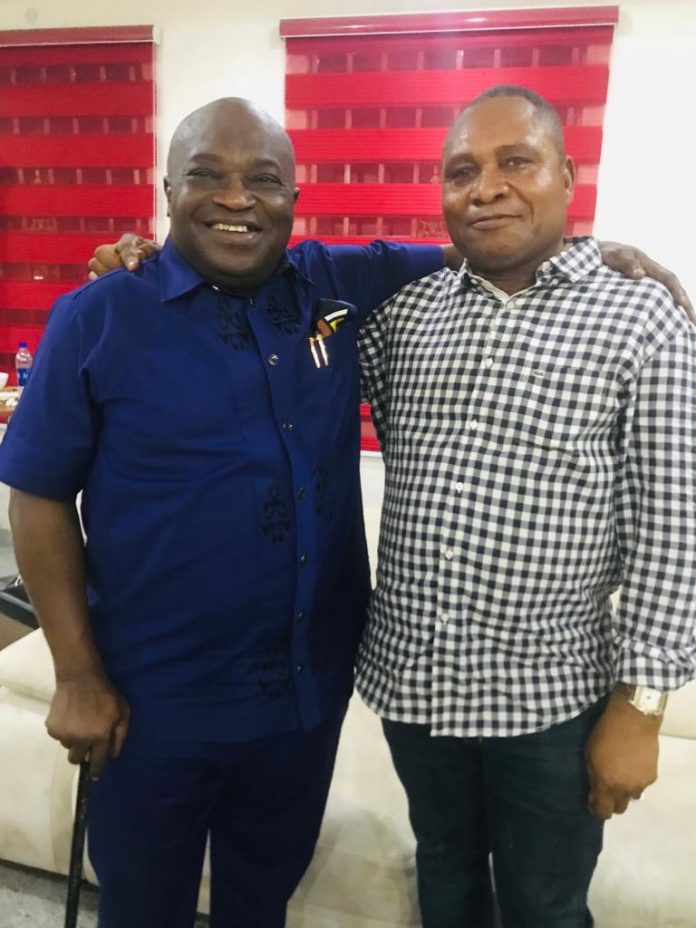 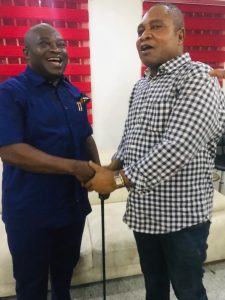 The Executive Governor of Abia State Okezie Victor Ikpeazu PhD thanked God for sparing the life of Chief Charles Nwangwa in the ghastly vehicle accident he was involved in recently. He said after viewing the wreckage of the SUV that for God to spare his life from such wreckage means God wants him to fulfil a purpose. He enthused that he will give him the opportunity to exhibit his potentials in politics and in his administration.

He enjoined his close aides present not to take offence or revenge on Chief Nwangwa as he had cooperated with him in the past. He assured them that Charles Nwangwa has his own role separate from others.

In response, Akajiugo as he is fondly called apologised to the Governor for any misgivings or negative campaign he might have carried against him. He congratulated him for his victory and promised to contribute his own quota towards achieving peace, harmony and stability in Abia State.

The meeting was at the home of one of the Governor’s top aides in Obingwa. Present were Chief Iyke Aaron, Dr Solomon Ogunji and Ibe Nwoke who all praised and thanked the Governor for his magnanimity.

Despite postponement of elections, Nigerians will vote out Buhari on February...