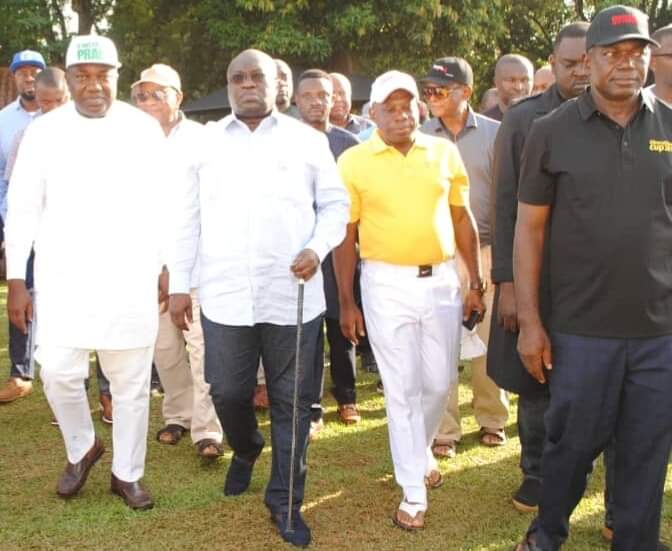 The golfers commended Gov. Ugwuanyi for his love for golf and his support for sports which saw Rangers International Football Club of Enugu lifting both the Nigeria Professional Football League (NPFL) title after 32 years and AITEO Cup after 35 years.

They congratulated him on his resounding victory at the polls, “which was a payback by the people for your outstanding service and exemplary development of the state”.