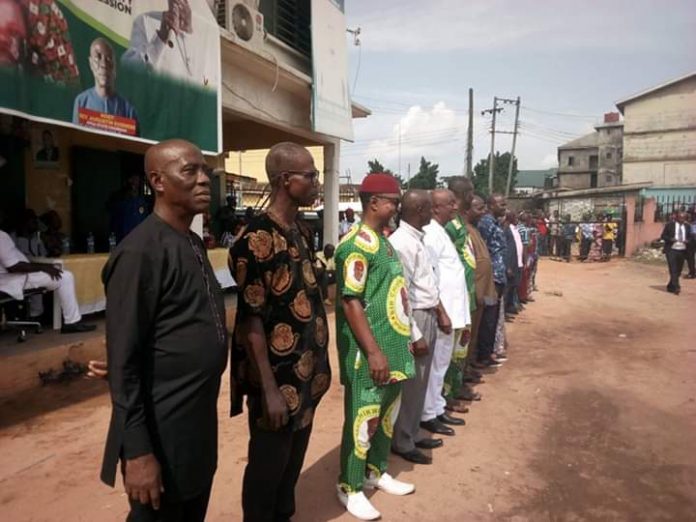 The Abia chapter of the All Progressive Grand Alliance has re-elected the state chairman of the party Rev. Augustine Ehiemere for a second term in office.

Ehiemere was reelected unopposed along side 22 other state working committee members of the party in a state Congress organized in Umuahia, the state capital on Thursday.

Speaking shortly before election, the returning officer for state Congress of the party in the state, Chief Uchenna Okogbuo, said article 19 subsection 5 of the party constitution allows for election of members of the state working committee of the party by affirmation through voice vote.

He said, “Our party constitution is clear on how state Congress should be organized.

” Our constitution allows for voting where two or more people are contesting for one position and voice vote when a position is being contested unopposed.

“Since the positions in the list I was given are being contested unopposed, our members will affirm their will through the voice vote”.

Okogbuo, who is the APGA National Vice Chairman urged members of the party in the state who where not favoured by out of the Congress to remain loyal and work hard for the party to win the governorship election in the state by 2023.

In his acceptance speech, Ehiemere commended the National working committee of the party for their support that led to the success of the Congress.

He vowed to work assiduously for party to win the governorship election and position in the next general election.

The state Congress was monitored by representatives of the Independent National Electoral Commission and security agencies.