Home PUO SPORTS ‘Not even Klopp believed it!’ – Nobody at Liverpool expected Barca comeback,... 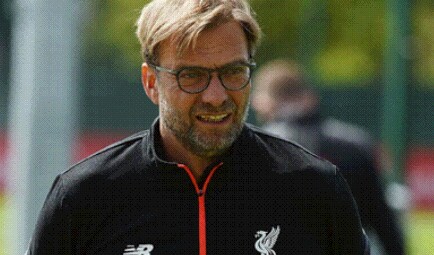 The Reds pulled off the near-impossible by fighting back from three goals down to reach the Champions League final, to their manager’s surprise.

Liverpool star Sadio Mane has admitted that not even Jurgen Klopp thought the club’s incredible comeback to beat Barcelona and reach the Champions League final was possible.

The Reds faced a seemingly insurmountable challenge in this year’s last four when they were taken down 3-0 at Camp Nou.

Their chances of reaching a second consecutive final appeared non-existent, but they tore up the script with a memorable performance in the return leg at Anfield.

Divock Origi, deputising for the injured Mohamed Salah, scored twice as the Catalans suffered a 4-0 defeat that sent them crashing out of the competition while keeping Liverpool’s hopes alive.

Georgino Wijnaldum also pitched in with a double to cap one of the most remarkable recoveries in Champions League history, reminiscent of the Reds’ return from three goals down to beat AC Milan and take the title back in 2005.

And Mane confessed that even Liverpool famously optimistic manager feared the tire was out of their reach.

“Before the game [against Barca], I had never seen the boss like that,” he recalled to Telefoot.

“Klopp encouraged us but, honestly, not even he believed it.

“He is exceptional, he makes you want to fight for him and give everything for him.”

Having missed out on the Premier League title by one point behind Manchester City, Liverpool are now preparing for an all-English final in the Champions League against Tottenham on June 1.

“The final is a one-off game, it will be different from the league, you cannot hide, I think we are favourites,” the Senegal international added.

In all competitions the striker has netted 26 times, marking his most prolific season since beginning his professional career.