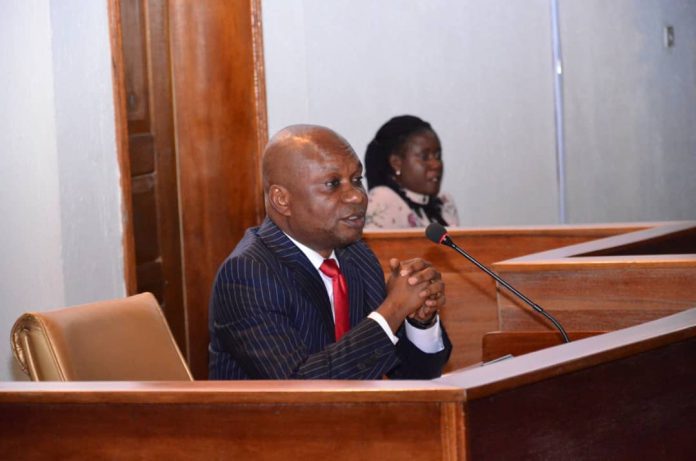 Following its resolution of July 2, 2019, the Abia State House of Assembly has commenced investigations into the operations of Abia State Polytechnic with a view to unravelling why the institution is not being efficiently run to the extent that it is owing its workers multiple months in salary arrears despite the revenue it generates and the subventions it receives from the State government.

“The three-man committee headed by Hon Jerry Uzosike had a very fruitful interaction with representatives of the different categories of staff at the polytechnic. The next step is to now hear from the institution’s management team which is expected to appear before the committee on Monday, July 8. “To underscore the importance the Abia Assembly attaches to this assignment, the committee is inviting even whistle blowers who have useful information that would aid its work.

Be assured that the committee/House will protect the identity of any whistleblower that comes forward with helpful information,” the statement added. The committee chairman, Hon Jerry Uzosike, had earlier addressed journalists and vowed that “the committee would not want to disappoint the Speaker who has shown enormous passion for the logical resolution of the challenges militating against the institution, hence, we are going to work assiduously and submit our reports to the House within the given time frame”. Recall that the committee to investigate the operations of Abia State Polytechnic among others was set up following a motion moved by Hon Solomon Akpulonu who accused management of these institutions of mismanaging the funds accruing to them to the extent that they owe their workers salary for multiple months. Speaking, the Speaker had said it was time to stop the rot in the institution’s system declaring that anyone found culpable after the investigation would not be spared.

“There is no better time to stop this menace of revenue leakages and non-payment of salaries to staff by management of these institutions”, he had said. The other member of the committee is Hon Chijioke Chukwu while Hon Mike Ugochukwu serves as Secretary