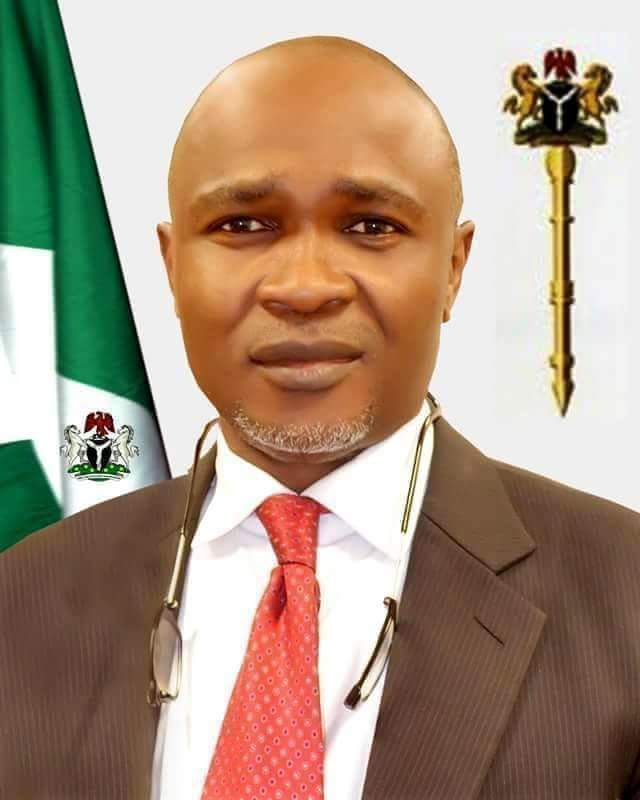 The Minority Leader of the House of Representatives, Mr Kingsley Chinda, has said the Speaker, Mr Femi Gbajabiamila, cannot stop him for expressing himself on the floor of the chamber.

Chinda, who stated that he was elected to speak for his constituents, noted that the Speaker was only a first among equals.

Gbajabiamila had in the plenary of Thursday, blocked every attempt by factional Minority Leader to raise a point of order. At different occasions, the Speaker said the lawmaker, who was in the seat reserved for the Minority Leader, would not be allowed to speak from a wrong seat. The Speaker had also warned the Chinda against testing the resolve of the House by insisting on speaking during the session.

Chinda and Ndudi Elumelu had emerged as factional Minority Leaders earlier on Wednesday, with the House and the Speaker recognising the latter.

When asked about how he felt by being shot down by the Speaker, in a chat with our correspondent on Saturday, Chinda said, “Part of my assignment as a legislator is to speak for the people of Obio/Akpor in particular and Nigerians in general. So, ordinarily I will not feel good that I am not given the opportunity to express myself no matter the issues.

“I will still make attempts to correct them because I am under a duty to so do; maybe if given the opportunity or by a motion or notice.”

When reminded of the Speaker’s warning against testing the resolve of the House by his insistence, the lawmaker said, “I have a right to raise issues and he is just first among equals. We are all colleagues. I also understand the fact that he is human, perhaps his temperament went a little bit higher than the normal bounds that it should be. I don’t think that he will be in the same mood the next time we sit.”

Responding to a question of Gbajabiamila blocking him again, he said, “Then, I’ll take steps to ensure that I’m heard on the floor of the House because I have a right to be heard. I don’t think he will.”

NSCDC considers drones to monitor pipelines When reminded that the Speaker said he would not be allowed speak from a wrong seat, being that reserved for the Minority Leader, Chinda accused Gbajabiamila of being biased by allowing a majority All Progressives Congress member from speaking from a minority seat.

He said, “I believe that his own feeling is that the appointment by my party was not done properly and that was why he took that position. But even at that, you also saw that with me on that front roll were some APC members who, of course, were not allotted that space. I insisted on laying emphasis on that seat because that was a minority roll; the seats for minority leaders. So, there is nothing an APC member will be looking for there. But he still recognised one of them to second a motion that was moved the same day. So, what is the issue of ‘you are not seated in your proper seat.’”

Asked if he still believed that he was the authentic Minority Leader, the lawmaker said, “The party had intervened; the party has asked that we should all stay action, that the party would take care of the issues. So, I am obedient to my party; having been told that, I will stay all actions until the party resolves. If the party says, ‘Hon. Chinda, ‘A’ is our Minority Leader,’ I will not raise a finger. It ends there because I was elected first as a parliamentarian, not as a minority leader. It is nothing to me. But I will always defend the position of my party.”

The lawmaker denied that he had any link with the one-month suspension of Elumelu and others by the PDP, accusing them of disrespecting the party.

He said, “No, it is not about those who rebelled against me. The party invited all of us to a meeting and all of them that were placed on temporary suspension – I think it is just for one month – did not answer to that call. In fact, some of them got their aides to write to the National Executive Committee of the party, which is insulting. I think it was based on that, that the party placed those persons who did not or who ignored or treated with contempt and levity, their invitation, on suspension pending the conclusion of the matter.

“It was not that they suspended them for me or for anything. If they had responded, I am sure that the issue of suspension would not have arisen.”