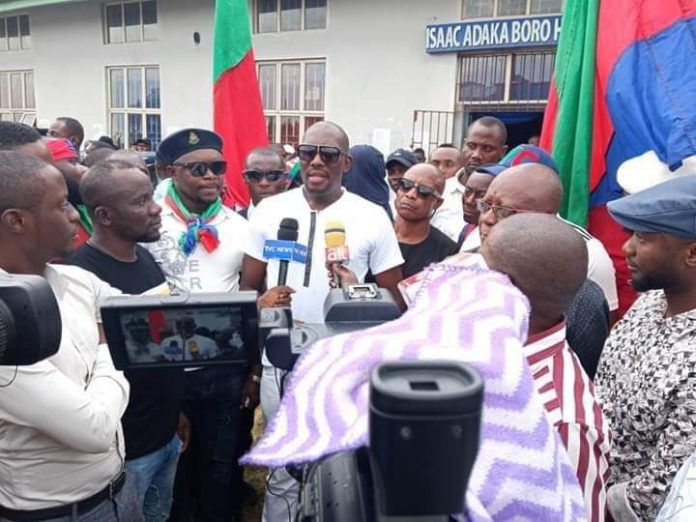 The Ijaw Youths Congress IYC, worldwide alert the world for the up tenth time that the NNPC is carrying out a lopsided recruitment exercise says no ijaw person made the list.

In a statement released and signed by the president IYC worldwide, Pereotubo R. Oweilaemi, Esq.

We want to alert the world for the up tenth time that the NNPC is carrying out a lopsided recruitment exercise. Only some sections of the Country is being favoured, especially the northern and the South West States, while the oil the producing states are given not more than two to three persons per state.

This is the worst economic atrocities perpetrated against these environmentally degraded oil bearing communities. Up till now, the NNPC has not remedied its nepotistic stand. Ijaw people are the worst hit by the Parastatal’s lopsided recruitment exercise going on right now. Even when it came to refute our allegation of nepotism, our sources within the body has reliably informed us that the exercise is skewed to favour the northern and South West states.

This economic apathy perpetrated against these hitherto environmentally despoiled Niger Delta communities is highly provocative. While the FG is gleefully watching its agencies to carry out discriminatory exercise against fellow Nigerians, we will equally resist this discriminatory and divisive policy of alienation.

President Buhari should call NNPC cabals to order before they further provoke us to anger. We will not accept this riffraff treatment. Ijaw people need 10% of the employment slots from the NNPC as our catchments benefits. Anything less than that will be unacceptable. For the good of the nation’s oil industry, NNPC should suspend its ongoing recruitment exercise until our grievances are addressed. Again, for the sake of transparency, the Parastatal should also publish the list of shortlisted candidates which it secretly invited for an interview. Let the world know whether it is sincere or the exercise is reflexive of our federal character principle.

Discarding this message may put our economy in jeopardy. Enough of this economic segregation. We will no longer sit idly by and allow our rights being taken away. If we must enjoy the current peace in the region then the people should also be given her fair share in the distribution of oil revenues. Buhari should act fast to save us from any likely economic woes.