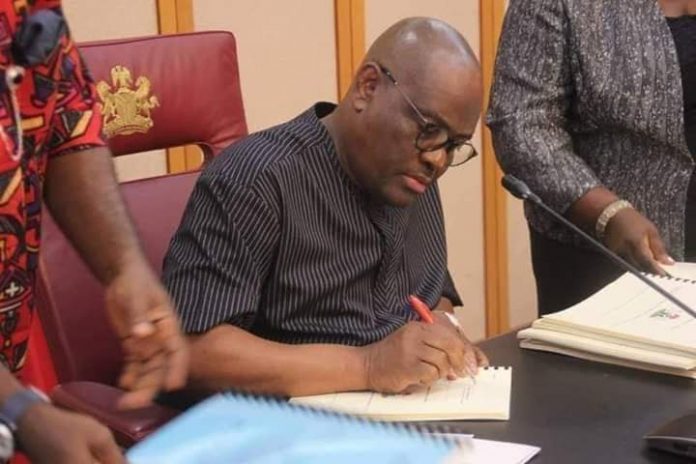 Head of Service of Rivers State, Mr Rufus Godwins in an interview said that 800 Pensioners under the scheme who have completed their biometrics have been paid.

The Rivers State Head of Service said that further biometric capture of other Pensioners under the scheme has been scheduled by the State Government in line with the directive of Governor Wike.

“We have placed over 800 of them on the payroll and we have started paying them. The window for biometric capture is open and we shall continue the process for the purpose of payment.

“Now that the process has started, none of those who fall into this category and the labour unions have gone out to talk about it on the radio, the way they did when the administration was working to address the challenge it inherited”, he said.

He said by initiating the amendment of the State Pension Law, Governor Wike set out to comprehensively tackle the challenges he inherited under the Contributory Pension Scheme from the immediate past Administration in the state.

Godwins recalled that other Pensioners who are not under the Contributory Pension Scheme have been receiving their monthly pensions since Governor Wike assumed office on May 29, 2015.

The Governor, he noted, also cleared the four months pension arrears he inherited from the Amaechi administration, before entrenching the regular payment of monthly pensions.

Ahead of the last elections, the opposition in the state misinformed members of the public regarding the true position of pensions. They created the wrong impression that all pensioners were being owed by the State Government, whilst those owed were under the defective contributory pension law operated by the immediate past APC Administration. The Wike Administration had to follow due process to amend the law and create the platform for payment of those under the Contributory Pension Scheme.

Governor Wike said that the Rivers State Pension Reform Law (No 4 of 2019) will help in resolving the challenges generated by the Contributory Pension scheme.

He said that the State Government is committed to ensuring that civil servants and pensioners are catered for, with the challenges they faced completely addressed.