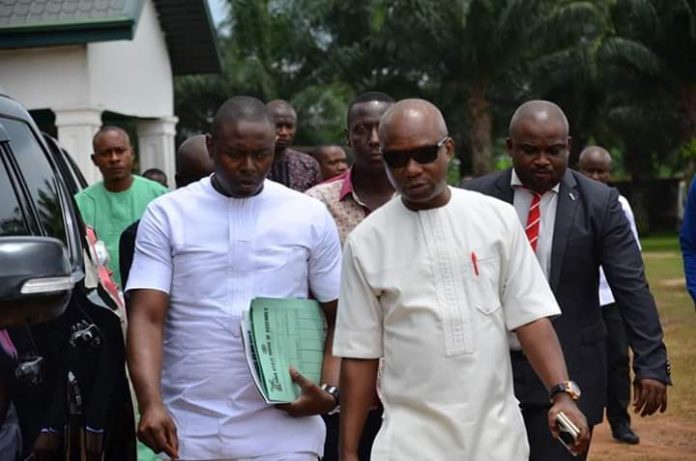 The probe initiated by the 7th Abia House of Assembly to determine the reasons why some institutions and agencies of government has been unable to perform leading to failure to meet up with staff salaries and other standard requirements expected of such institutions that are supposed to be financially self-sustaining, but at the same time receiving subventions from the state government is indeed a welcome development.

This bold and courageous move by the legislative arm will determine the roles of the chief executives of such institutions and the challenges militating against their optimal performance which is hemorrhaging on the public institutions they are heading and its workers, it also shows that the present Abia House of Assembly led by honourable Chinedum Orji as speaker and the members of the 7th Assembly are deeply knowledgeable of the plight of Abians and are determined to end their sufferings.

Truth be told, the major problem of the present administration in Abia state is the inability of heads of different parastatals, institutions and agencies of government, even those that are being subventioned to pay salaries and also deliver in maximum productivity their constitutionally assigned mandates.

By setting up this committee, the leadership of the 7th Abia House of Assembly has proved that they are the true representatives of the people and are committed and willing to share in the plight of the common Abian while also assisting the executive in strengthening those institutions that have been seen to have performed below the standard expectation.

While being careful not to rush into an early “credit score” for the leadership and members of the 7th Assembly, but given their recent activities one can comfortably conclude without equivocation that for the first time in our democratic experiment we have a House of Assembly that has proved to become a legislature run with vision, passion and purpose and with the intendment of correcting the executive mistakes/neglects of the past.

“Like him or hate him” the speaker of the 7th Abia House of Assembly Rt. Hon. Engr. Chinedum Enyinnaya Orji and his team have demonstrated leadership, focus, courage, strength and determination to tackle the problems of the common Abian, they have shown willingness to right the wrongs.

It is an established fact that from the beginning of Abia’s democratic experiments, no House of Assembly has displayed an easily identifiable exuberance, tenaciousness, commitment and passion to identify with the common Abian as the present legislature.

The leadership of the 7th Assembly has shown willingness to match their inner chamber resolutions with matching action.

The executives should not shy away from implementing the reports of those committees by relieving some heads of agencies and parastatals of their duties if found culpable while encouraging and strengthening those with legitimate challenges.

I plead with the state executive led by Gov. Okezie Ikpeazu to take seriously and implement the reports of the different committees set up by the Abia House of Assembly whose activities has so far been clinical and transparent, the nobility of its conception should not be wasted on the altar of political relationships, the outcome of this odyssey will not end in the trash bin of the chief executive.

Abians are watching, the will of the people who the House of Assembly represents must be respected by mustering the willpower to punish the head of any institution indicted by the probe unless the government has a conspiratorial role in their nonperformance.

Enough of this brazen irresponsibility and corruption by people entrusted with public establishments.

Ikpeazu: Foreign Direct Investments and a Governor’s Strategic Thinking By...

What is the Crime of the Ngwa Man in Abia ?