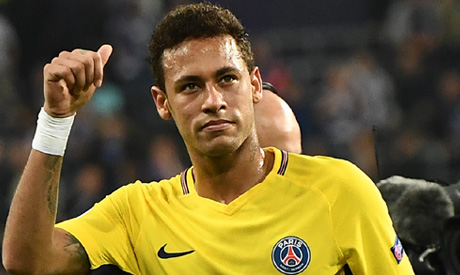 Reports have claimed Barcelona have made a cash-plus-players bid for the Brazilian, although the Ligue 1 side are remaining firm on their asking price
Paris Saint-Germain will demand €222 million-plus (£200m/$249m) from Barcelona if they want to sign Neymar.

AS reported on Tuesday that the Catalans, who are keen to take the Brazilian back to Camp Nou, had lodged a bid worth €40m (£36m/$45m) plus Philippe Coutinho and Ousmane Dembele.

But, according to sources close to the talks, PSG are not interested in selling the 27-year-old for less than €222m, the figure they agreed to pay Barca to sign him originally in 2017.

Should the Liga title winners continue to offer players as part of the negotiations, the Parisians would only consider defensive reinforcements, given they already possess an array of attacking talents including Kylian Mbappe, Edinson Cavani, Angel Di Maria and Julian Draxler.

As outlined by Goal in November 2018, there are stipulations over Neymar’s possible return to Camp Nou.

Barca are expecting the player to accept he made a mistake in the way he left the club initially, while he would need to agree to a wage cut and also drop the various legal disputes that exist between both parties.

PSG, meanwhile, will not be comfortable with how the Neymar saga has played out over the summer.

Thomas Tuchel’s side have seen one of their star names hit the headlines on numerous occasions over the past few months, with Barca having publicly claimed the Brazilian forward wants to leave.

His position within the PSG camp was not helped by his reference to Barca’s 6-1 ‘Remontada’ comeback win over the Parisians being his favourite moment as a player, while he also posted a cryptic message on Instagram containing an image of him in a Barcelona shirt.

And, despite PSG’s determination to recover as much as possible in a potential sale, sporting director Leonardo has already confirmed that Neymar could well leave this summer.

Sources have told Goal that the former Santos star, who returned to training on Monday, has told his compatriot that he wants out, only to be informed about PSG’s asking price – a figure that the Catalans are unable to afford outright.

Neymar himself does not want to further upset PSG owner Nasser Al-Khelaifi by making any more public declarations over his future, knowing he will ultimately have the final say over whether he’s allowed to leave.

One possible scenario is an initial loan with the option to buy, much like the deal PSG put in place to sign Mbappe from Monaco, although that is not currently on the table.

Any move for Neymar is certain to have repercussions for members of the current Barca squad, with Philippe Coutinho’s agent having called for clarity over his client’s future, suggesting Barca are plotting to sell the Brazilian to help fund their pursuit of the PSG attacker.