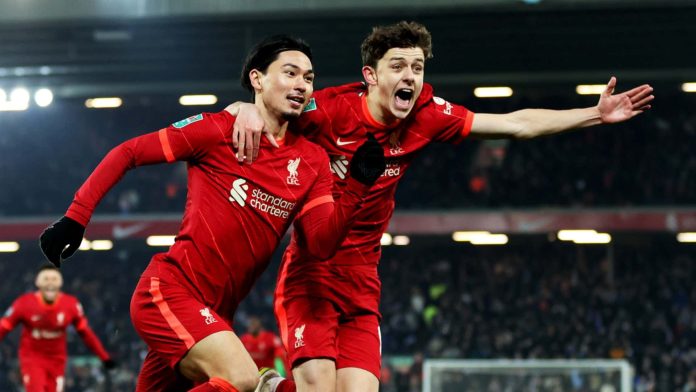 Liverpool go into the draw along with Arsenal, Tottenham and Chelsea and will find out shortly who they’ll be facing in the semi-final.

They’ll meet Leicester again next Tuesday, but before that, they have Leeds United on Sunday, with Leicester facing a tough trip to Manchester City on the same day.

Liverpool are through to the EFL Cup semi-final after beating Leicester 5-4 on penalties.

It was 3-3 after normal time, with Minamino scoring a stoppage-time equaliser to take it to the shootout.

Kelleher saved Thomas’ effort to give the hosts the advantage, but Minamino hit the crossbar when he had the chance to win it.

Bertrand’s effort was then saved before Jota beat Schmeichel to win it for Liverpool.