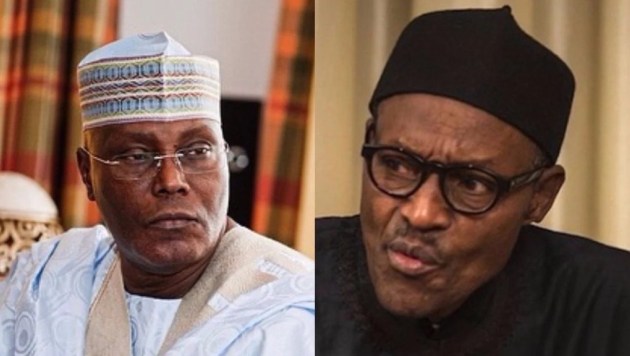 The Order also mandated the Zamfara State REC to present documents used in the last elections in the state.

Both the National Headquarters of INEC and the Zamfara State Office of the Commission refused to obey the Order of the Court.

The Court of Appeal, in a Subpoena Order mandated the Chairman of INEC, Professor Mahmood Yakubu and the Zamfara State REC, to appear before the Court on Friday July 19, 2019, with the electoral materials requested by the PDP and Ariku/Obi.

After the declaration of the Subpoena Order, the PDP and Atiku/Obi’s legal team continued with the presentation of witnesses to the court.

The first witness that testified before the court was Iotshe David, a PDP Ward Collation Agent from Nasarawa state.

Mr. David told the court that the entire results from his polling unit in Karu LGA of Nasarawa State were canceled at the LGA Collation center by INEC.

He said that the PDP won overwhelmingly in the unit and he was surprised why INEC canceled the results of the unit.

Another PDP LGA agent from Nasarawa State, in Karu LGA, Dangana Shao Barde, told the court that from the results collated before it was canceled by INEC, the PDP scored 22,580 votes, far ahead of the APC that scored 9,407 votes in the February 23, Presidential Election.

Aliyu Abdullahi, a PDP Ward Agent told the court that he did not received results from Wurji Primary School and Kofa Sarki Wurji polling units due to incidents of violence between the Fulani herdsmen and farmers in the community.

He said that he was surprised that INEC declared results for the two polling units since election did not place in the units. He said because of the crisis, the people in the community fled to neighboring villages and so, nobody was available to vote in the two polling units.

Sani Abdul, a PDP LGA agent from Kano State told the court that he witnessed incidents of manipulations, rewrite of election results and swapping of result sheets with compromised ones by INEC presiding officers in cohorts with APC and security agents.

Dr. Manase Allen, another PDP LGA agent from Chibok LGA in Borno State testified that there were various anomalies during the February 23, 2019 Presidential Election in Borno State.

He told the court that card readers were not used during accreditation and instead of canceling the elections as prescribed by INEC in its guidelines, the commission went ahead and allocated votes to Parties.

That in many of the polling units, the INEC presiding officers in collaboration with APC and security agents, allocated all the votes to the APC and recorded zero votes for other political parties including the PDP.

Daniel Jay Gadzama, a Ward Collation agent for the PDP in Borno state informed the court that there was not Election in unit 0119, yet results were allocated to the polling unit in favour of the APC Presidential Candidate, Muhammadu Bubari.

An Agent from Kogi State, Arume Mohammed Yahaya, told the Court that, few hours after the election started in his Ward, thugs wearing APC tags invaded the polling units in his wards and started shouting sporadically. He told the court that about two persons were shot and injured in the process and taken to the hospital. He also informed the court that one of the persons that was shot, died few days after.

When asked by the President Buhari lead counsel, Chief Wole Olanipekun, SAN, during cross examination, who won the election in the said polling unit, the witness started weeping profusely in court, saying that election did not take place in the unit.

It took the trial Judge, Justice Mohammed Garba quite some time to able to calm the witness who wept in open court because of the killing of voters by APC agents during the shooting.

Another witness from Kogi state, Agagu Samuel Suleiman told the court that INEC refused to give or paste election result sheets at the polling units in accordance with the electoral act 2010 (as amended).

Mr. Agagu also told the court that INEC conducted Presidential Supplementary Elections in some polling units on the 9th of March, after declaring the results of the same Presidential election on the 27th of February 2019.

Before closing for the day, Dr. Chris Uche, the lead counsel to the PDP pleaded with the Tribunal to adjourn sitting to Friday 19th of July 2019 because of another case at the court of appeal.

His request was granted and the Tribunal adjourned to Friday 19th of July 2019.

Chidi Lloyd will be charged to court under a different law...