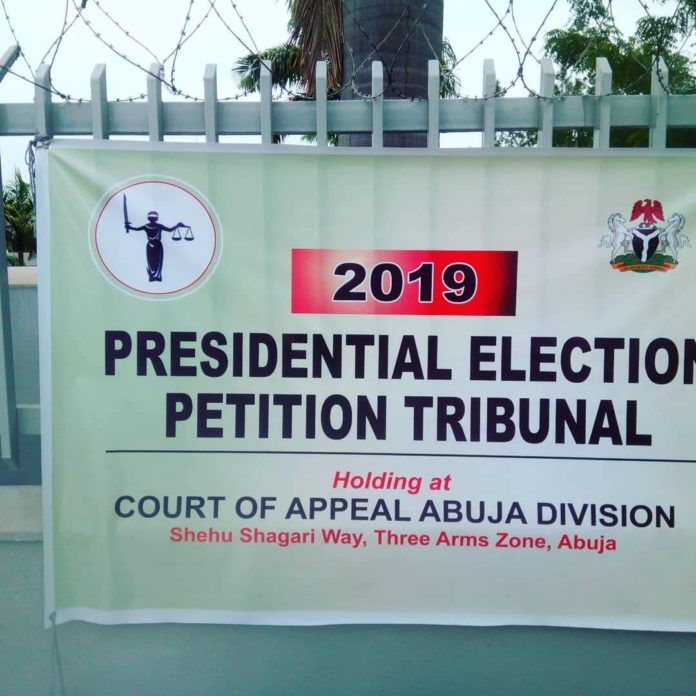 Spread the post
The Presidential Election Tribunal has struck out the case filed against President Muhammadu Buhari’s re-election by the Peoples Democratic Movement (PDM).Chairman of the Tribunal, Justice Mohammed Garba struck out the case this morning following the withdrawal of the petition.

Counsel to PDM Aliyu Lemu told the Tribunal the party and its presidential candidate Pastor Habu Aminchi were withdrawing the petition.

Justice Garba in his ruling said: “We find it expedient to grant the application as prayed. It is granted and leave is given to the petitioners to withdraw the petition and as a consequence, the petition is dismissed.”

PDM and Habu brought the petition challenging their exclusion from participating in the February 23 presidential election brought under Section 138 of the Electoral Act, 2010, which holds that the election would be nullified where “a candidate was validly nominated but unlawfully excluded”.