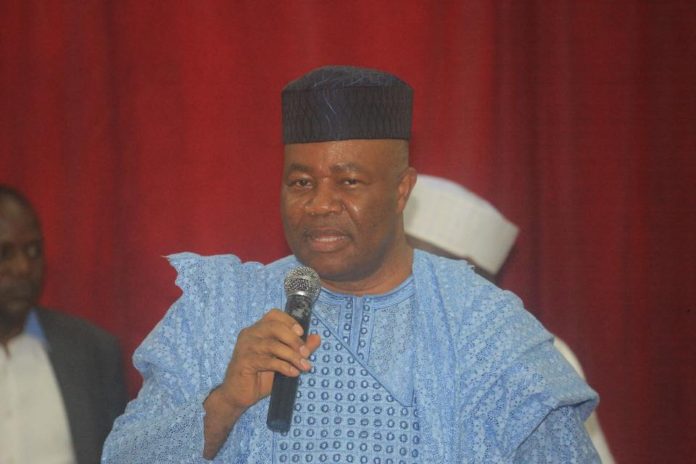 Senator Godswill Akpabio and Senator George Akume, who are part of President Muhammadu Buhari’s ministerial nominees have been asked to take a bow and go by the senate.

Being former senators, the lawmakers asked them to take a bow and go as they were well known.

Senator Emmanuel Oker-Jev who defeated George Akume moved that the Senate’s tradition of take bow and go for former senators be respected.

Akpabio, who was next after Akume was also asked to take a bow and go in the tradition of the Senate.

Lack of love, reason for insecurity in Nigeria – Clergy, says...