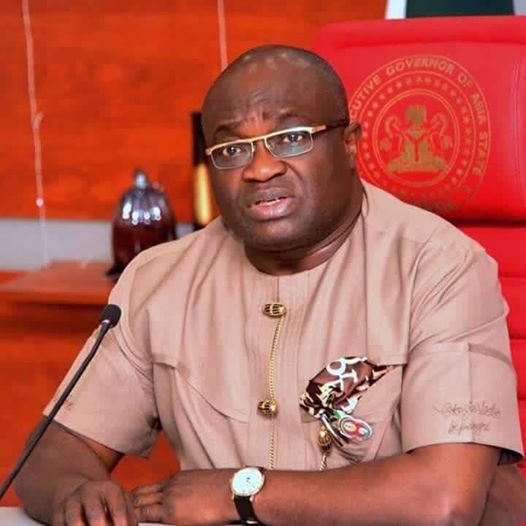 The Governor of Abia State, Dr. Okezie Ikpeazu has commended Abia indigenes in diaspora for thinking home and deciding to support his education development through their planned provision of scholarship for Abia children.

The Governor was speaking at his Country Home,Umuobiakwa when he received a delegation of Abia State Indigenes in Disapora, United Kingdom, led by its President, Mr. Uche Kay. He promised that his government would do everything necessary to encourage them, assuring that he would provide the necessary ambience that make them achieve the establishment of their proposed school in the State.

Governor Ikpeazu reiterated his commitment to giving opportunity to all Abia people both at home and in diaspora to invest in the State. He disclosed that his administration intends to replicate Diaspora Communities in various countries of the world and draw developments from there. The Governor appreciated the delegation, saying that their programme would reduce his burden on educational development of Abia children, especially, the less privileged ones.

Earlier in his speech, the leader of the delegation and President, Mr. Uche Kay said Abians living in the United Kingdom are motivated by the Governor’s educational development policy and decided to come home to assist in the education of Abia children. He disclosed that they have concluded plans to provide scholarship to five children in each of the 17 LGAs totalling 85 persons. The plan according to him is to make the schorlarship an annual one, revealing
that the target is to give 500 Abia children scholarship between now and 2023.

He explained that the scholarship scheme which is for students from JSS 1 to SS3 would cater for their uniforms, books, school fees, Junior and Senior WAEC and every other fee they have to pay doing the period. He added that the team has equally signed a Memorandum of Understanding (MOU) with the European Union to have a placement programme, where final year students of universities in the State would be taken to UK for a two month work experience, informing that the Diaspora team would take care of Visa, accommodation and feeding of the students.

The Special Adviser to the Governor on Diaspora Matters and Special Duties, Dr. (Mrs.) Ngozi Ogbonna-Erondu was present at the visit.

Previous Govts Initiated ‘Most Of The Things This Administration Is Doing’...