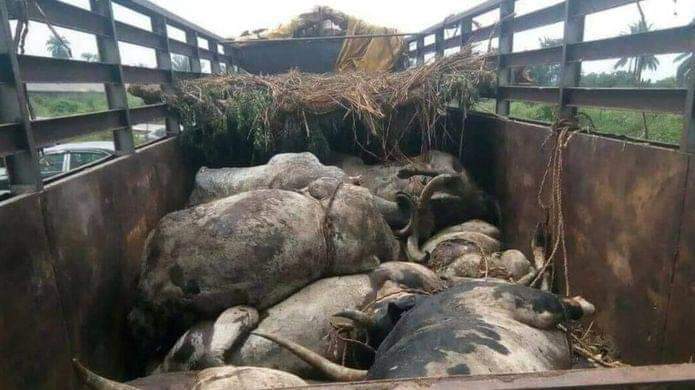 It is actually ridiculous and an act of wickedness that upon the spread of diseases here and there , people are still not taking preventive measures .

Today , the team of the Unity Magazine was at Water Side Market Aba, to assertion the true story and the actual fact on the sales of the 14 dead cows that was transported to Aba.

The unity magazine was able to get a first hand information from the market chairman Mr Uzochi Orji, he pointed out that one Mr Uche Limited who is a butcher in the market ( Waterside Market ABA) transported some cows from the north to Abia State and on arrival , 14 of the cows were dead, he pointed out that owner of the cows did not care to assertain what actually killed the 14 cows and he went ahead to slaughter the cows even when the market leadership had asked him to dispose or bury the dead cows .

I kidnapped, sold five-year-old girl to punish her dad –Kidnapper