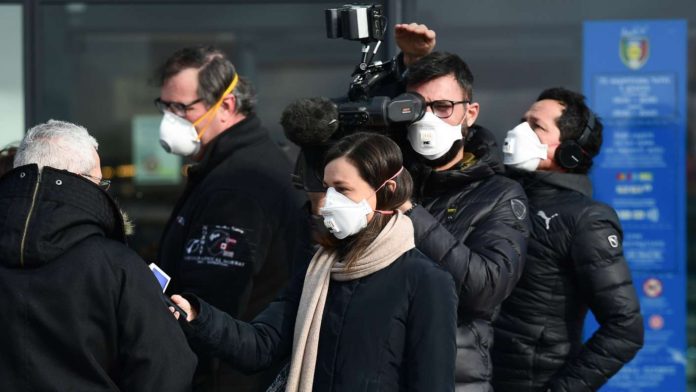 Italy’s top-flight teams have had their practice moratorium extended into the middle of the current month.

Italian prime minister Giuseppe Conte has banned Serie A clubs from returning to team training until at least April 13.

The Serie A season was suspended indefinitely last month with Italy hit hard by the coronavirus pandemic.

Napoli and Lazio were among the clubs to backtrack on plans to return to training last month and with Italy extending their nationwide lockdown until April 13, Conte ruled out any team sessions taking place.

“Actual measures are extended until April 13. We know we are asking another effort, another sacrifice,” he said on Wednesday.

“We have to understand one thing – if we stop following the rules or reduce these measures, we will waste our efforts.”

“It doesn’t mean athletes cannot train themselves, they can do it individually.”

More than 13,100 people have died from coronavirus in Italy, with the global death toll exceeding 46,000.

Despite the carnage sweeping Italy, Lazio sporting director Igli Tare believes the Serie A season must be finished when the Covid-19 issue relents or it will be a ‘disaster’.

“The season must be completed. The championship must go on out of respect for the dead and all the fans,” the Lazio chief told Sport 1.

“The time is not yet ripe to decide on the cancellation. The number of infected people is decreasing and interrupting the season would be unfair.”

Tare added on the possible financial implications of ending the season prematurely: “For Italian football, stopping here would be a disaster.

“We will try to prevent this from happening with all our strength. In Italian football over 75% of clubs finance their budget through TV rights, if these revenues were not there, it would come to collapse.”

Juventus star Paulo Dybala is one of the survivors of Covid-19 and he revealed the ‘psychological’ struggles he had with the illness in an interview on the club’s Twitter account.

“I had a bad cough, I felt tired and when I slept, I felt cold. At first, I didn’t think about what it could be but it had happened to two other teammates and the last one was me,” Dybala said.

“We had headaches, but it was advisable not to take anything. The club gave us vitamins and over time we felt better.

“It’s psychological. You were scared at first, but it’s okay now. These days we haven’t had any symptoms.”