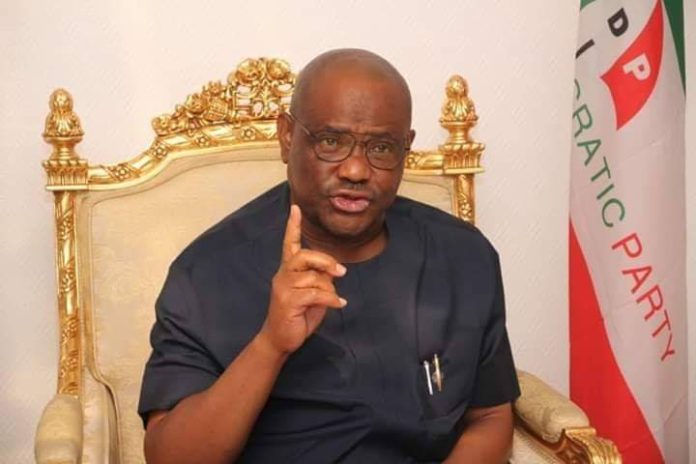 Party Chieftain laments Wike’s adoption of intimidation as governance strategy…Commends Peterside’s intervention, describes it as ‘wake up’ bell to Wike

Former National Publicity Secretary of the defunct New People’s Democratic Party (nPDP) and chieftain of the All Progressives Congress, Chief Eze Chukwuemeka Eze has decried the poor handling of the Covid-19 pandemic and and its attendant consequences, especially the lockdown order handed down by Gov. Wike of Rivers State.

In a statement made available to media houses, the party chief said the striking revelation of the Lagos State Commissioner of Police on Channels Television on April 1, 2020, that there is no single arrest so far in the state shows that leadership in that state is way ahead of what is happening in many other states, especially in Rivers, where hundreds are already languishing in police net.

Chief Eze quoted the Lagos Police Commissioner as saying that at the moment, his men are using advocacy. He said they educate those found on the streets and let them know why government said they should not be on the streets anymore. The policemen let them know it is not due to hatred or wickedness but out of love and out of a determination to protect them. The people agree and go home.

Surely, this must be how the Governor asked them to do it. This is civility in display.

It is also reported that the Lagos state government provides alternative actions; they allow food stores to operate, they create markets, they allow food processing and delivery to continue but not for people to gather at restaurants. They make these things clear. They seem to think through their orders before they issue them. The security agencies were asked to go to the boundary to resolve cases of people being stranded at the boundaries. This is leadership.

Now, Lagos which has been in lockdown for two weeks and with full FG curfew, has recorded no arrest. Police is still using advocacy. However Chief Eze expressed displeasure over events playing out in Port Harcourt. He said Port Harcourt, with illegal curfew and without federal order to go into any curfew already has over 100 detainees right now at the State CID. They have already been taken to court. The large crowd of detainees are already a threat and a full breach of the same crowding the government claimed to be avoiding. “Go to the State CID and see. Many allegedly slept outside”. Eze lamented.

Even as Gov Wike have relaxed the illegal curfew imposed on some parts of Rivers State, Eze maintained that those arrested including the female vendor must be released if we are to take this step to ease the impunity happening in Rivers State as anything serous.

On a very serious note, Chief Eze said Rivers State is in dare need of leadership and prayers to avoid the doom that awaits the State occasioned by the same government that says it is fighting the Virus.

Chief Eze counselled Rivers government to as a matter of exigency, order the release even on bail, of all those detained. He accused the state government of trying hard to incubate Coranavirus rather than fight it by the arrest of these citizens of Rivers State.

The party chieftain said Human Rights community in the state is already debunking the order of the governor because his broadcast said dusk to dawn, meaning evening to morning. That is why many persons came out in the day. Many did not hear when the Commissioner of Information tried to clarify it later in the day.

He also, specifically Condemned the arrest of a female vendor in the State and made a case for her immediate release to avoid total blockage of media activities in Rivers State. “Enough is enough”, Eze warned.

The versatile media mogul commended the immediate past Director General of NIMASA and a frontline politician in Rivers State who has begun the distribution of Food items to the people of the State, cutting across party lines, in a bid to cushion the biting effects of the lockdown occasioned by the COVID-19 pandemic.

The program, it was learnt, will be handled through the DAP FOUNDATION, an NGO aimed at alleviating the sufferings of Rivers people.

The first tranche of the program will commence on Monday, starting with Opobo/Nkoro and Andoni LGAs.
Apart from the palliative, the foundation is also handling a sensitization program on Radio stations on how the people can stay safe through out the lockdown.

He challenged other spirited individuals to come to the aide of Rivers people whose sufferings, as a result of the pandemic has tripled owing to the irresponsible handling of the situation by the government of the State.