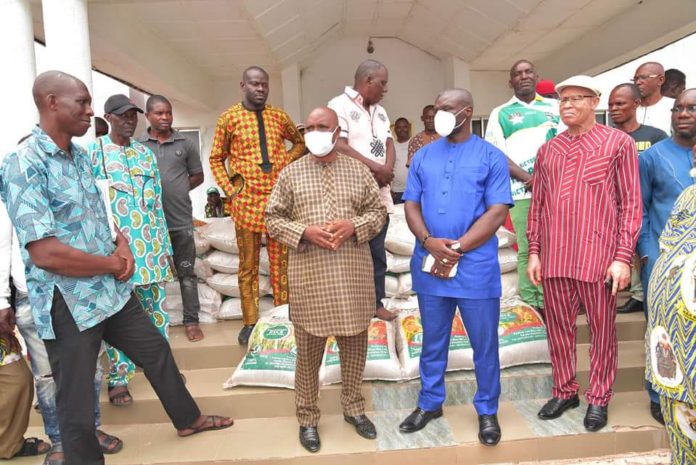 It was an epoch making event today at Umunneochi local government Headquarters as the Honorable member representing Umunneochi in Abia state house of Assembly, Hon. Barr. Okey Igwe presented some food items in supporting the people of his constituency in order to survive this lockdown period which was cause by Coronavirus pandemic.

After the presentation of those items to the people of his constituency, he stated categorically that these items are not for any political party but for those in the villages we know very well that they can’t afford anything (Vulnerable) in this critical condition.

In Barr. Okey Phillip Igwe’s speech, he advised his constituency to always engage themselves in personal hygiene, social distancing, isolation and wearing of facemask in order to avoid being contaminated by the virus, which he said have killed thousands of people worldwide. He also send his unreserved thanks to the state Governor Okezie Victor Ikpeazu PHD for his visionary leadership skills in moving Abia forward. 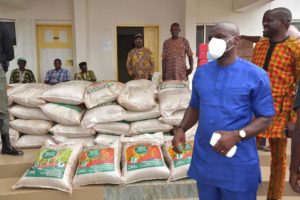 Personalities who greased the sensitization and gift presentation were team of medical doctors led by Dr. A. I. Uwaezuoke, SA to Abia State Governor, he spoke on behalf of other doctors, who in his speech advised the entire people of Umunneochi on preventing measures to avoiding this deadly viruses which has killed numerous number of people.

He wished the good people of his constituency a good health and advised them to always adhere to the state government directives for the betterment of everyone.