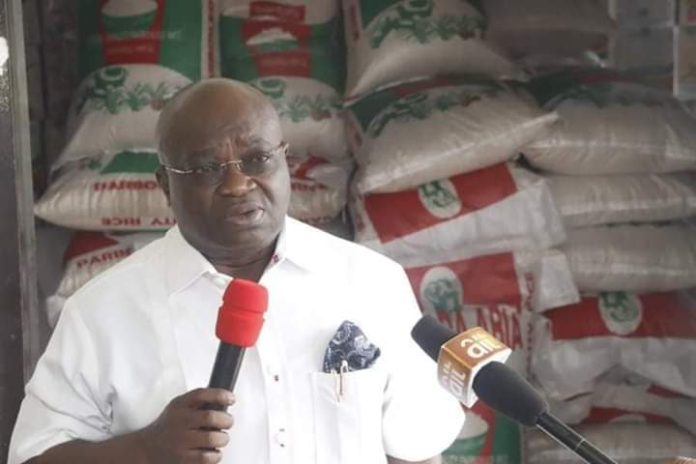 Governor Okezie Ikpeazu has inspected some of the relief materials for distribution to less privileged individuals in Abia State with a directive that the Inter-ministerial Committee commences distribution in ernest tomorrow.

Addressing journalists after the inspection, Governor Ikpeazu stated that the strategy is to distribute the items through the Churches , Mosques , Traditional Rulers and Presidents General of Town Unions to reach out to the less privileged individuals, adding that in such a way, 70 percent of Abia people would be reached. He said that no State Government can provide all that the people may need to alleviate the challenges faced by the lockdown but that the State will not abandon our people at a time like this.

Governor Ikpeazu announced that within the next 24 hours, fumigation of markets and other public places in the State would begin. He explained that the medical reason for two weeks sit- at-home is that within the two weeks if there is an infected person, the symptoms will begin to manifest.

The items to be distributed by the government include; bags of rice, beans, garri, tubers of yam as well as sanitizers and face masks.

Secretary to Government, Barrister Chris Ezem and some other members of the Inter Ministerial Committee on COVID-19 were part of the inspection.