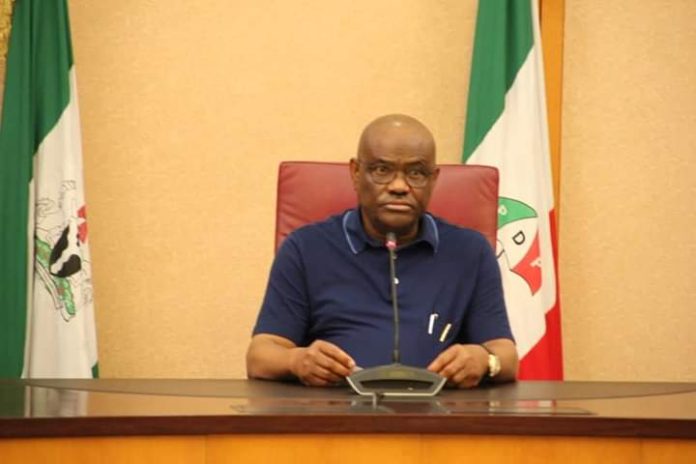 The Federal Ministry of Aviation yesterday said, there is going to be a vigourous interface between the Federal Government and the Rivers State government over the closure of the operations of Caverton Helicopters and detention of its pilots.

Meanwhile, the management of Caverton Helicopters is yet to react to Governor Nyesom Wike, declaring the film persona non grata and ordering that it can no longer operate in the state.

According to Odaudu: “For now, the Federal Government will engage Rivers State on this Caverton Helicopters issue. There will be an interface between the federal and state governments.”

Meanwhile, Caverton Helicopters management was yet to issue an official reaction to the order by Wike, stopping the operations of the company in Rivers State.

Calls made to the Managing Director of Caverton, were not answered, neither were they returned.

However, a media consultant to Caverton Helicopters, who does want to be named because, according to him, he had not been officially briefed by Caverton, told Vanguard “The management may not make any further statement now after their initial statement where they appealed to the Federal Government to prevail on Wike to release their detained pilots.

“The company will definitely say something later, but I don’t know when,” he added.

Also, yesterday, the Rivers State Government said the two Caverton pilots arraigned before a Chief Magistrates Court for contravening the Executive Order signed by the Rivers State Governor to check the spread of coronavirus are being detained at a state government facility for the protection of inmates of Port Harcourt Prisons.

In a statement, the Attorney General and Commissioner for Justice, Prof. Zacchaeus Adangor said that the pilots were moved to the facility after he obtained a variation order from the Magistrate Court.

He said, “Whilst the Attorney-General of Rivers State would ordinarily not want to discuss any matter pending before a court of competent jurisdiction, it has become necessary to correct the misinformation being circulated by some radio commentators that the two Caverton Helicopters Pilots are being remanded at the Port Harcourt Prisons.

“The truth of the matter is that the Attorney-General of Rivers State applied for and obtained a variation order from the Chief Magistrate Court, changing the place of remand from the Port Harcourt Prisons to any Rivers State Government-owned facility or building, including Delta Hotels, GRA Port Harcourt.

“Based on that order of variation of the remand order, the two pilots are being remanded at Delta Hotels, Port Harcourt and are attended to regularly by medical personnel attached to the Rivers State COVID-19 medical team.”

2023: Ohanaeze Youths Congratulate Speaker, Urge Him to Keep Championing the...