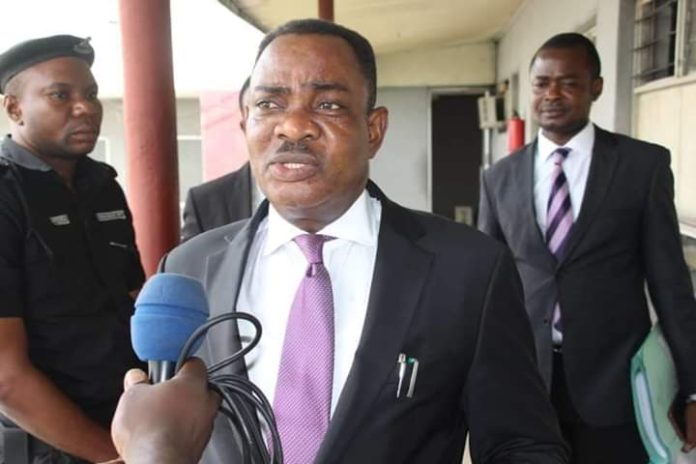 A Chief Magistrate Court in Port Harcourt on Tuesday granted bail to Samuel Ugorji and Samuel Buhari, both pilots with Carveton Helicopters who were accused of contravening the Executive Order of the Rivers State Governor issued to check the spread of coronavirus in the State.

The Magistrate Court also granted bail to 10 passengers of Carveton Helicopters who were flown into Rivers State by the two pilots.

Chief Magistrate D.D . Ihua-Maduenyi in granting the two pilots bail stated that they must present a surety who must be a management staff of Carveton Helicopters.

Lawyer to the Carveton Pilots, Nwokedi Ibe moved a bail application seeking the court to grant the two pilots bail.

Attorney-General of Rivers State, Professor Zaccheus Adangor who appeared for the State did not oppose the bail application.

He, however, urged the Court to set out bail conditions to ensure that the pilots attend their trial.

The 10 passengers who were granted bail include:

For the passengers, the Court ruled that they should present two sureties who must be management staff of Carveton Helicopters . They sureties are to sign bail bond of N500,000 for each of the passengers. They are to undertake to bring the accused persons trial.

They were arrested at the Air Force Base , Port Harcourt after the Rivers State Police Command received intelligence on their illegal flight into the State.

Addressing journalists, Counsel to Carveton Helicopters, Nwokedi Ibe said that the Basic lesson in the who interaction is that there must be mutual respect between the Federal and State Governments.

He said: “I want to use this medium to say there is need for mutual respect between the Federal Government and State Governments. The defendants have been granted bail. That is the essence of what happened in Court.”

He said that the defendants will be released as soon as they perfect their bail.

It will be recalled that on April 7, a Port Harcourt Chief Magistrate Court remanded two pilots of Carveton Helicopters, Samuel Ugorji and Samuel Buhari in prison custody, for allegedly intentionally disobeying the Executive Order issued by the Rivers State Governor aimed at checking the spread of coronavirus in the state.

The Court presided over by Chief Magistrate D.D . Ihua-Maduenyi remanded the two pilots at the Delta Hotels , Old GRA, Port Harcourt after the Attorney-General of Rivers State, Professor Zaccheus Adangor applied for that order.