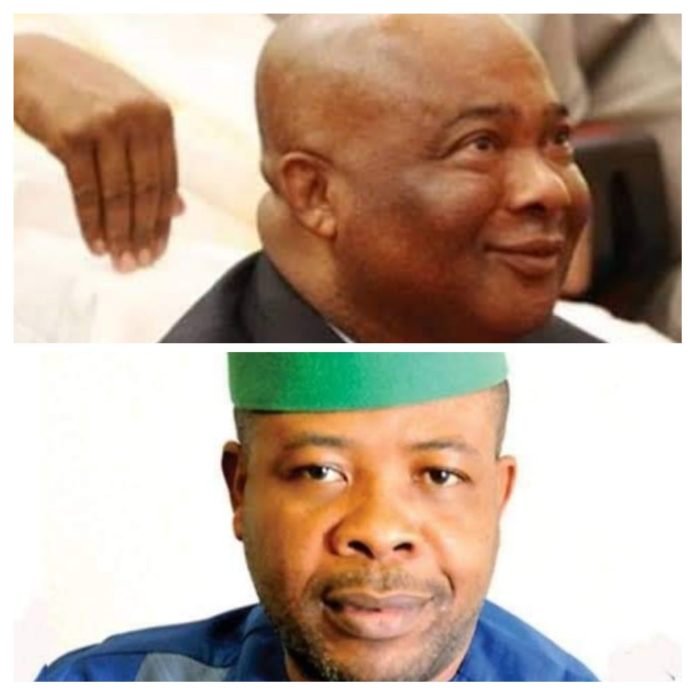 On Wednesday, the Imo State government has approved the request of the Auditor General of Local Government and Chieftaincy Affairs to take all necessary steps in recovering the sum of N19.63billion allegedly collected from the Local Government Joint Accounts Allocation Committee JAAC by the immediate past Governor, Emeka Ihedioha.

the state Commissioner for Information and Strategy Declan Emelumba, disclosed this while briefing newsmen on Tuesday at the Imo State government house.

Emelumba said the misappropriated fund was discovered during a routine audit of the Accounts and Records of JAAC with the Bureau for Local Government and Chieftaincy Affairs by the LGA Auditor General for the 2019 fiscal year.

According to the Commissioner, Declan Emelumba, the approval was in line with the new Imo agenda to entrench a resilient and transparent public service to the state.

Declan Emelumba said that JAAC was set up by law and disbursement of LGA funds is guided by Model Financial Memorandum and other extant laws on custody, management and audit of the said entity.

Declan Emelumba regretted that the money was illegally withdrawn from the JAAC account without any Memorandum of Understanding(MOU) or Store Receipt Vouchers (SRV) or Store Issue Vouchers (SIV) in accordance with extant laws.

Emelumba listed some of the agents used by the immediate past Governor to loot the money to include the Managing Director of Wall House Ltd among others.

Similarly, he further disclosed a withdrawal of over N2.405billion by the same Bureau for LGA and Chieftaincy Affairs.

The Principal Secretary to the immediate past Governor was also alleged to have received the sum of N25Million twice in December 2019 as a security vote whereas such funds were not paid from JAAC accounts.

The Commissioner described the development as shocking and the height of embezzlement within seven months of his stay in government.

Declan Emelumba said the new government led by Senator Hope Uzodinma will stop at nothing to recover all looted funds from the sacked government.