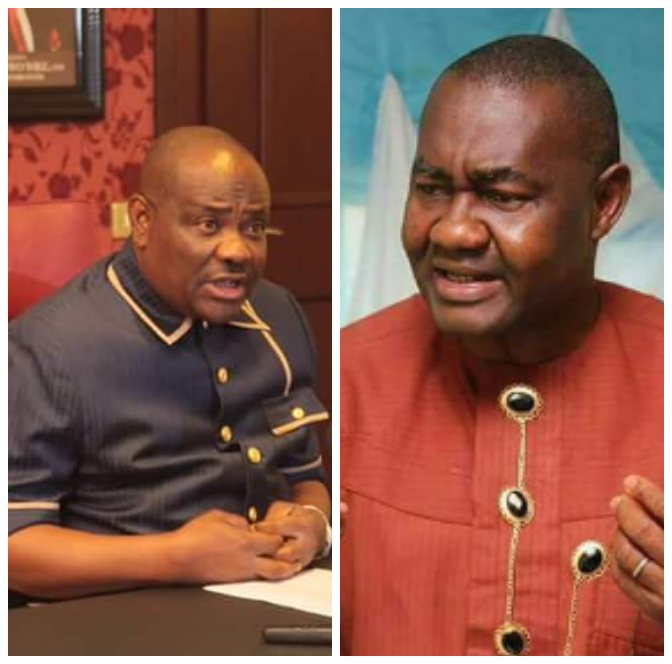 I had earlier stated my determination not to be party to any action that will politize our ability to confront the corona virus pandemic as a people and I maintain that position.

Wisdom is not weakness, it is one thing to have a political dispute with an individual whose attitude and conduct a lot of people may not approve of, but it is a different matter for sub national entity like Rivers state to challenge the sovereignty of Nigeria at this time when we should all be working together to combat an unseen but deadly enemy.

The Confrontational approach of the Rivers state Government will open the flood gates for conflict entrepreneurs who will use the opportunity of conflict to further their political and economic nest, to the detriment of the state.

This conflict will not in anyway help the majority of Rivers people in the fight against the corona virus.

In the fight against the corona virus what we need is unity and cooperation between all tiers and arms of Government.
Even sovereign nations cannot win this war alone, we must all work together, to act otherwise at this time will have grave consequences for our dear state.

I also wish to appeal to the federal government on behalf of the people of Rivers state to keep open the opportunity of dialogue and cooperation with all states particularly Rivers state because of its population and strategic importance to our economy. Nigeria cannot afford to be distracted by politics at this time.

Finally the greatest danger facing the states at this time is not the risk from approved international travelers who can be easily tracked and monitored, it is the risk of community spread and interstate commuters most of whom are neither documented nor can they be tracked. The solution to this danger is for states to establish accredited test centers and take steps to document inter state travelers for tracking purposes.

Let me also use this opportunity to offer my heartfelt condolences to the President and the family of the late Chief of staff to the President Mallam Abba Kyari. His unfortunate demise should act as a clear reminder that we cannot afford to fiddle while Rome burns.

Let us put aside all differences and work together to defeat this pandemic. Once our country is safe from danger we can all safely go back to politics.