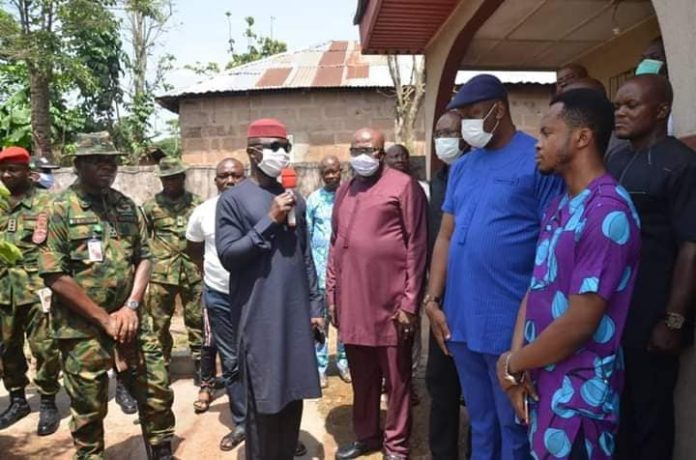 Today, the Abia State Governor, Dr. Okezie Ikpeazu, represented by his Deputy, Sir Ude Oko Chukwu visited the scene of yesterday’s incident to ascertain the level of destruction done by the youths of Ohafia Local Government Area,who turned violent over the death of Mr. Sunday Ifeanyi, that was shot dead by a police constable.

Some of the places visited were the Nigeria Police Divisional headquarters, High Court, Mben Hospital, Ebem Ohafia, Ohafia LGA, to console some of the people that sustained injury during the incident, as well as the
bereaved parents, of Mr. Sunday Ifeanyi, that was shot dead by a police constable.