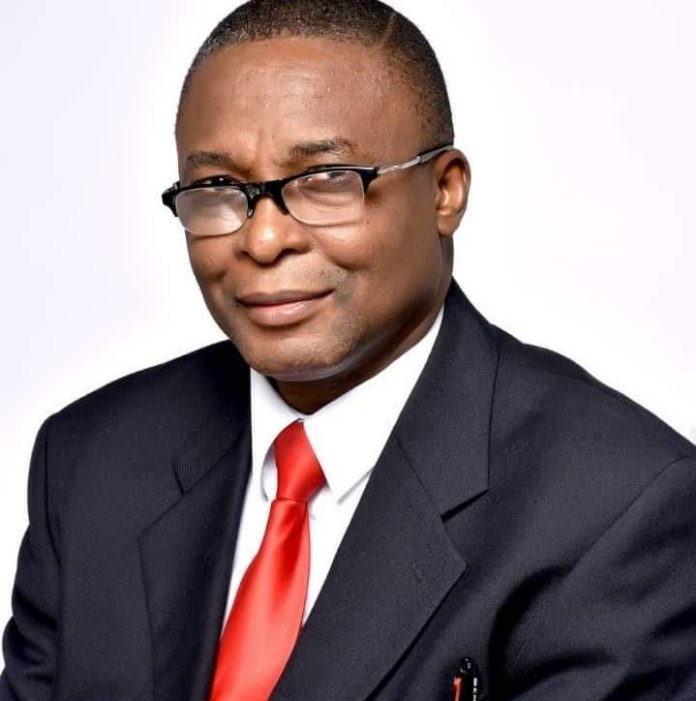 The Students in a Statement Signed by it’s President Comr. Sowari Dikibo accused Prof Onwunari Georgewill of Running a parallel management of the University of Portharcourt.

The Students urged the Minister to call Prof Onwunari Georgewill to order before he seta Uniport ablaze over his ambition.

The Honorable Minister of education.
Federal Republic of Nigeria, Nigeria.

The minister of state for education,
Federal Republic of Nigeria, Nigeria.

IMPENDING BREACH OF THE PEACE IN THE UNIVERSITY OF PORT HARCOURT

The student union has observed that one Prof. Owunari Georgewill, one of the aspirants for the position of the vice chancellorship of the University of Port Harcourt is carrying himself in a manner that could raise unnecessary rivalry, panic, tension and crisis in the university.

Our observations are founded on the following backdrop.

1. He is aiding and abetting rumor mongering on the social media as regards his receipt of letter of appointment as the 9th vice chancellor of UNIPORT.

2. Recruitment of a new generation of cultists in uniport at a time when issues of cultism have been a thing of the past in the University of Port Harcourt.

3. Sponsoring series of petitions and court cases against the university management since the inception of Prof. N.E.S Lale-led administration with the intent to make the University ungovernable for Prof. N.E.S Lale

4. Going about with the proclamation of being an anointed candidate, of the Hon. Minister of transportation, Rt. Hon. Chibuike Rotimi Ameachi, one of the highly respected political leaders in the Niger Delta for the position of vice chancellor. The union sees Prof. Georgewill’s distribution of recharge card worth millions of naira, to Facebook users on our leader’s birthday, as a way of currying favor from the Hon. Minister of transportation. We considered this act highly sycophantic and mercantilist.

Against the backdrop of the issues raised so far, the union hereby states as follows;
1. That it is in the knowledge of the union that the tenure of the current vice chancellor Prof. N.E.S Lale will expire on the 12th of July 2020. The union Therefore is not expecting any imposition of an acting vice chancellor especially where there is no vacuum or breach of peace in the day to day administration of the university of Port Harcourt. The unions awareness is guided by her knowledge of the provisions in the university of Port Harcourt Act in relation to the selection or appointment of Vice-Chancellor or Acting Vice Chancellor.

2. The union is also aware of the dissolution of the Governing Council of the university of Port Harcourt. The union understands that the visitor has the prerogative to announce such dissolution. However, the union would like to extend an appeal to the visitor to kindly constitute a new Governing council within the shortest possible time in order to guarantee an all-encompassing university system.

4. That the union wishes to state unequivocally that there has been lasting peace and free flow of academic and administrative activities in the university until the general lockdown as a result of the covid-19 pandemic. The union is with the federal government as we commend the swift response by the federal government in curbing the spread of the pandemic. We also hope that normal activities will return to university campuses in Nigeria based on the appropriate timing of the government.

5. The union is hereby advising Prof. Owunari Georgewill to put up a disclaimer or refute in the same social media about the rumors that he has been appointed the 9th vice chancellor of the university of Port Harcourt. This is to exonerate him from any impending crises that may arise as a result of the rumors.

Finally, the union also states in clear terms that the issue of cultism has become history in the university of Port Harcourt under Prof. N.E.S Lale, and so, will not fold her hands and watch any individual rekindle the flames of cultism in uniport for political reasons and mundane interests.

We therefore appeal to the Hon. Minister of Education to intervene by calling Prof. Owunari Georgewill and all other over ambitious candidates for the post of vice chancellor to order, by advising them to play the game by the rules.

As a body of students, we can no longer afford the luxury of missing out any semester due to internal crises in the administration of the university.

Army disowns video of its operations in Orlu, Imo state