Spread the post
Recently Africa Continent has recorded over 4,000 deaths due to complications arising from COVID-19 (coronavirus).

According to the latest number released by the regional office World Health Organization, WHO, for Africa in Brazzaville, Congo, there are 4,149 deaths recorded on the continent.

As at Monday morning, Nigeria has recorded 287 reported deaths, fourth-highest on the continent. 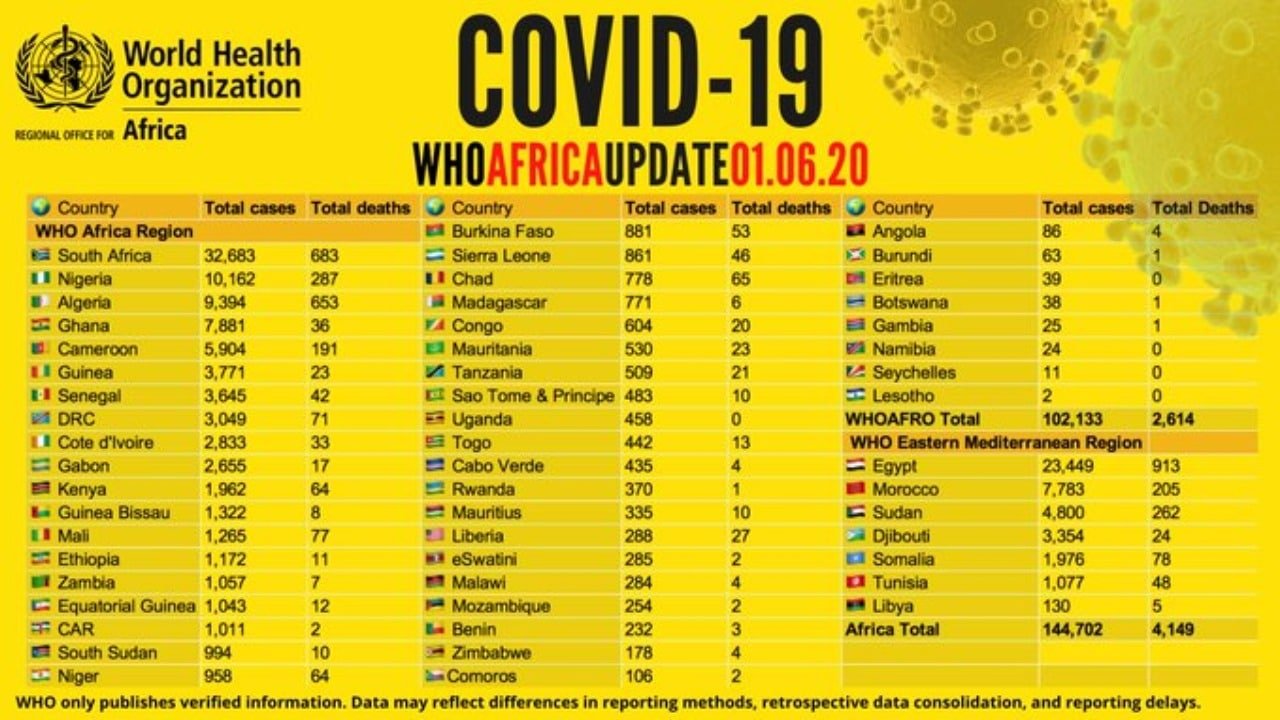 South Africa is now ahead of Algeria with 683 deaths, while the North African nation has 653 deaths.

Egypt has 913 reported deaths, the highest on the continent.