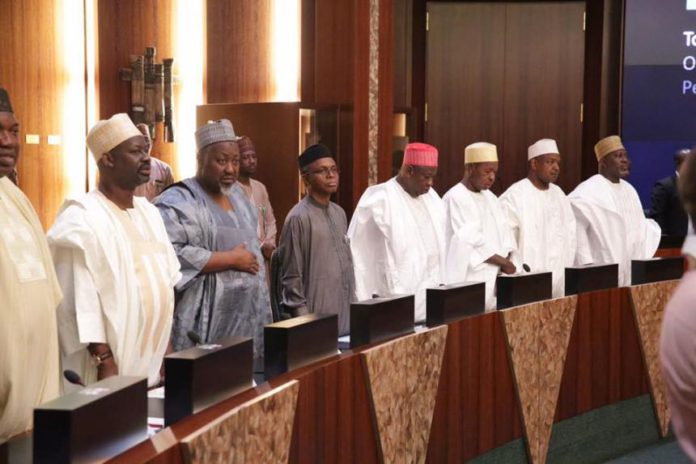 The order recently signed by the President granted financial autonomy to the state legislatures and the judiciary.

The BSO believes it will stop state governors from wielding unnecessary powers.

Ever since President Buhari signed the order, it has generated mixed reactions, with the governors leading a stiff opposition against it.

In the past, a similar attempt to amend the constitution to make for such provision was also resisted, with some State Houses of Assembly even voting against it, apparently under the influence of their governors.

Speaking in a radio programme on Friday, former Deputy Senate President, Senator Ike Ekweremadu had declared that some provisions of the executive order were unconstitutional.

He suggested it was better for the Federal Government to go into dialogue with the governors rather than allow them go to court as that would put on hold the entire process.

Ekweremadu appeared to be countering the Attorney General of the Federation and minister of justice, Abubakar Malami, who had hinted that the Federal Government that States that violate the order would have their funds seized.

Malami is pushing for the full implementation of the order on behalf of the Federal Government, with a clear warning that sanctions would be meted out on violating States.

The Governors have come out openly to express total rejection of the order.

Coming under the platform of the Nigerian Governors’ Forum, NGF, they asked their chairman, Governor Kayode Fayemi of Ekiti State to meet President Buahri and lay out their concern.

The Govenors believe that States should be allowed to manage their resources and not the FG dictating for them, an action they considered unconstitutional and not in tandem with true federal democracy.

It is still unclear what became the outcome of the meeting between the President and the governors on the matter.

But the BSO in a statement after its virtual meeting, said the order had set the stage for the repeal of emperorship toga of governors, unknown to the 1999 Constitution of Nigeria.

The statement signed by its Chairman, Rt. Hon. Stanley Ohajuruka and Secretary, Godwin Onwusi, was titled, “Executive Order 2020, Repeal of Emperorship and Implementation of the Doctrine of Separation of Powers at the state level.”

The pro-Buhari group noted that the toga governors wore, beclouded them from adherence to the fine tenets of separation of powers, hence non implementation of financial autonomy for state legislature and judiciary as enshrined in the Constitution.

He said, “To BSO, the Executive Order 10, 2020 has set the stage to repeal the emperorship be toga which most of the governors are wearing and which is unknown to our constitution and which beclouded them from optimal performance and adherence to the fine tenets of Separation of Powers.

“Please note that a cursory genuine assessment of democracy at the state level gazettes that of rubber stamp legislatures and tepid state judiciary. This dampens development, creates insecurity, gross unemployment and paralysis of local council. Is that what we want?

“It will be recalled that President Muhammadu Buhari, GCFR, in exercise of the powers vested in him as the President of the Federal Republic of Nigeria under Section 5 of the Constitution of the Federal Republic of Nigeria (as amended), signed the Executive Order 10, 2020 on May 20, 2020. The order extends to the execution and maintenance of the Constitution, laws made by the National Assembly( including but not limited to Section 121(3) of the 1999 Constitution (as amended) which guarantees financial autonomy of the state legislature and the state judiciary.”

South-East BSO dismissed the opposition of the Nigerian Governors Forum( NGF) to the order, especially Section 7(b) which mandates the Accountant General of the Federation to take appropriate action to enforce compliance with the provisions of the order.

“If Section 121(3) of the Constitution was implemented by our Governors, a.k.a. Emperors before now, would there be any need for Mr. President to sign Executive Order 10. Lets be real. There is no democracy at the state level. That is why they answer Executive Governors, when there are no two governors in a state. And this is why democracy is more or less in recession in Nigeria. BSO posits that the intendment of the order is supervisory or in other words, proper supervision to ensure implementation by recalcitrant governors who fail to implement the provision of Section 121 (3) of the Constitution, which they swore to uphold,” BSO stated.

It maintained that “true federalism is better served and indeed actualised when you have an Independent legislature and judiciary at the state level.”

We are back to the days of Ateke’- Amaechi decries Rivers...

Obasanjo attacks Buhari, asks president not to run in 2019……