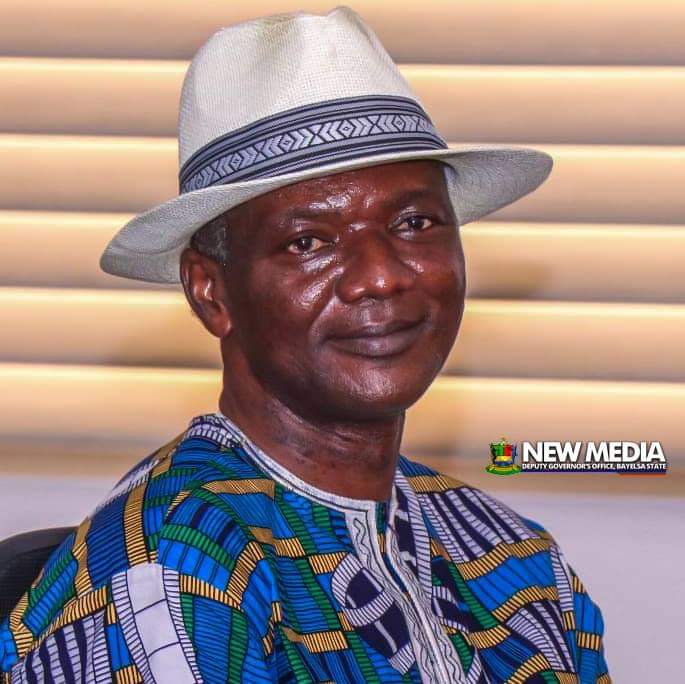 Following the heari g of the petition filed by Vijah Eldred Opuama of Liberation Movement (LM) at the Bayelsa state governorship election petition tribunal sitting in Abuja over the qualification of the deputy governor of the state, Senator Lawrence Ewhrudjakpo, findings shows that the deputy governor mutilated his certificate before presenting it to National Youth Service Corps (NYSC) for correction.

This is contained in the investigation report tendered by the Department of State Service (DSS), a subpoenaed witness.

The DSS report was based on a letter of request for investigation into an alleged forgery against the deputy governor of the state by the magistrate court sitting at Lugbe, Abuja.

The reports which are dated 27 and 28 May 2020 respectively alleged that the deputy governor mutilated the certificate of exemption that was issued to Lawrence O. Ewhruojakpa before submitting same to NYSC for correction.

The report states that the deputy governor had altered the letter O to D in the name EwhruOjakpa to read EwhruDjakpo before taking the certificate to NYSC for further corrections citing documents which were annexed to the application letter to the Corps for correction.

The service also stated that NYSC only corrected the alphabet A to O in the name EwhrudjakpA to EwhrudjakpO on the certificate.

However, a closer look at the application letter reveal that it was written to NYSC on 4 April 2019. A time when the deputy governor was a serving Senator of the Federal Republic of Nigeria.

A further scrutiny of the exhibits attached revealed that the deputy governor had submitted an expired international passport to NYSC in support of his application for correction.

According to NYSC, in a letter to the Director General of the DSS, the Corps stated that Ewhrudjakpo Lawrence O., submitted a letter dated 4 April 2019 requesting correction of his wrongly spelt name attaching documents listed here as annexures; application, certificate of exemption to be corrected, university degree certificate, first school leaving certificate and international passport.

Checks by this paper shows that the then Senator had submitted an expired international passport to NYSC as an attached document to correct a name on an NYSC certificate purportedly belonging to him.

The Corps stated that it was based on these documents it only corrected the A in the EwhrudjakpA to an O as the certificate had already been altered before it was brought to it. 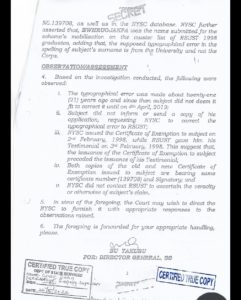 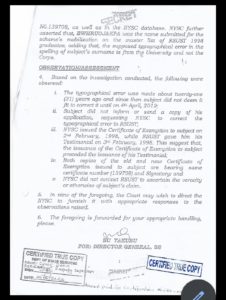 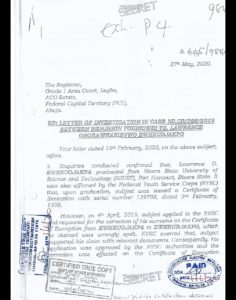 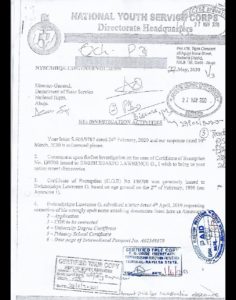 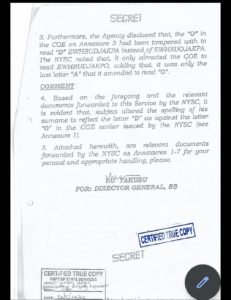