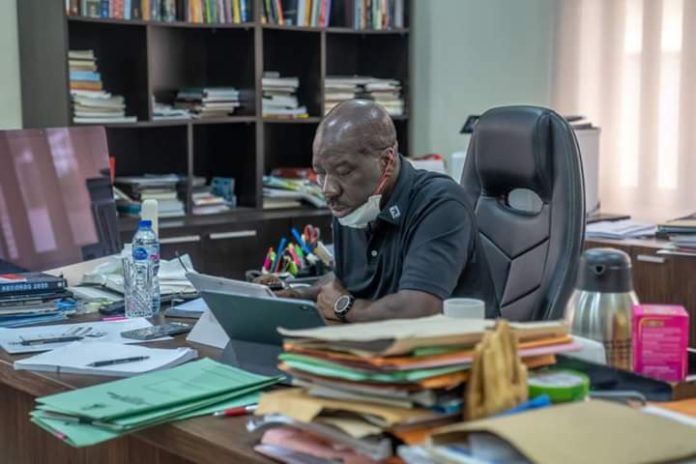 The meeting held at the party’s National Secretariat in Abuja.

Oshiomhole said the party’s NWC was yet to discuss and decide on the mode of primaries for Ondo Governorship election.

“We have since published our time table because under the law, we are required to give Independent National Electoral Commission (INEC) at least 21 days notice to monitor our primaries.

“And to state the mode of our primaries and of course NWC had approved direct primaries for Edo. That of Ondo has not been discussed because that will come much later because Edo will come about three weeks before Ondo,” he said.

The former Edo governor confirmed that the party had begun the sale of expression of interest and nomination forms.

“More people have picked the forms. So, we are selling forms to all those who wish to buy based on the guidelines. As Chairman of the Progressives Governors said, we have ensured in our letter to INEC.”

Oshiomhole assured that the primaries will observe the protocols on COVID-19 laid down by the Presidential Task Force (PTF) and Nigeria Commission for Disease Control (NCDC).