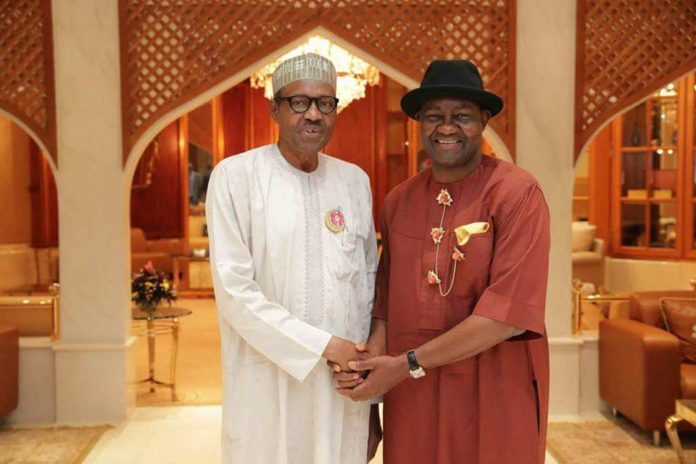 The Leadership and the entire members of the All Progressives Congress (APC) Rivers State heartily express our profound gratitude and appreciation to His Excellency, President Muhammadu Buhari GCFR, President of the Federal Republic of Nigeria, for finding worthy the face of the party in Rivers State Distinguished Senator Magnus Abe to be appointed into the Board of NNPC & Sir Augustine Onyekachi Wokocha as Federal Commissioner, Federal Character commission.

We return all the glory to God and sincerely thank President Buhari for identifying the wealth of knowledge, enormous intelligence, diligence, right temperament, strength of character, political sagacity, loyalty and commitment to the change mantra in Senator Magnus Ngei Abe and Sir Augustine Onyekachi Wokocha.

For record purposes, the party only regained her voice and face in Rivers State after the resounding victory of Sen Magnus Ngei Abe and others in the 2016 re-rerun elections.

We are well convinced that with the wealth of knowledge and performance of Sen. Magnus Ngei Abe as Senate Committee Chairman on Petroleum (Down stream) and that of Sir. Augustine Onyekachi Wokocha as Commissioner for power Rivers State that the duo will deliver on their assignments.

We also pray our eternal loving father to endow them with wisdom and grace to deliver on their assignments.