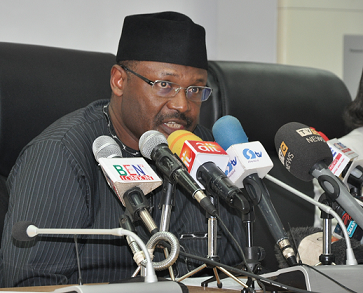 The Independent National Electoral Commission, INEC, says it has released the notice of election for Edo governorship poll billed for September 19, 2020, in accordance with section 30 of the Electoral Act.

INEC Chairman, Professor Mahmood Yakubu, made this known in his opening remarks during an online meeting with political parties hosted via Zoom meeting on Monday to deliberate on ways to conduct the election in Edo State even as the country battles with COVID-19 disease.

Professor Yakubu said the notice for the election (form EC60A) has been pasted at the INEC office in Edo State and that the Commission has also published the same notice on its website and social media platforms.

The INEC boss assured that with the development, the process leading to the Edo governorship election on September19, 2020, has begun in earnest.

He said party primaries for the nomination of candidates for the Edo governorship election will begin on Tuesday, June 2, as stipulated in the timetable released February 6, 2020, and that some political parties have invited the Commission to monitor their primaries, which must be conducted from 2nd to 27th June 2020.

The Commission said the submission of nomination forms will be done online for which a dedicated portal has been set up.

Professor Yakubu, however, warned political parties that intend to field candidates for the election, to strictly adhere to the dates as well as the new online procedure for filing of nominations, adding that any party that operates outside the dates will only have itself to blame.

In response, the interim National Chairman of the Inter Party Advisory Council, IPAC, Leonard Nzenwa, who spoke on behalf of the political parties, commended the INEC for the released policy document for conducting election during a pandemic, and assured the Commission of their support in making elections better in Nigeria.

EFCC Has Not Dropped Charges Against Diezani, Others