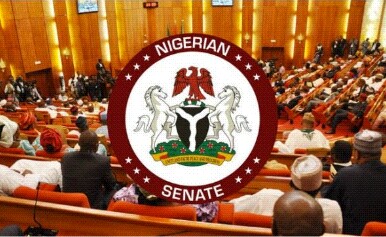 The Senate is asking the Federal Government to campaign against rape and abuse of female gender in the country.

This formed part of the resolutions of the lawmakers following a motion raised by Senator Sandy Onoh during plenary on Tuesday in Abuja.

Senator Onoh condemned the rape and murder of 22-year-old Uwaila Omozuwa, a 100-level student of the Department of Microbiology, University of Benin (UNIBEN).

Omozuwa was reported to have been raped on May 27, inside a church where she went to read at the Ikpoba Hill area of Benin City, the Edo State capital.

The suspects were reported to have struck her on the head with a fire extinguisher after raping her.

Senator Onoh also condemned the killing of a teenage girl, Tina Ezekwe, by a policeman in Lagos last week.

According to him, the brutality and rape cases against the girl child are on the rise and Nigerian girls can no longer live their lives with confidence.

In their resolutions, the Senate resolved to call for the arrest of the perpetrators and mandated the security agencies to employ strategies to check the rising cases of rape.

The lawmakers also urged security agencies to ensure the enforcement of the Child Rights Act.

They further asked the State Houses of Assembly to amend the code to make rape a punishable offence.

The upper chamber also observed a minute of silence in honour of the two girls and others who have been victims of rape.

The news of Uwa’s death has sparked outrage on social media and many have demanded justice with the hashtag #JusticeForUwa.