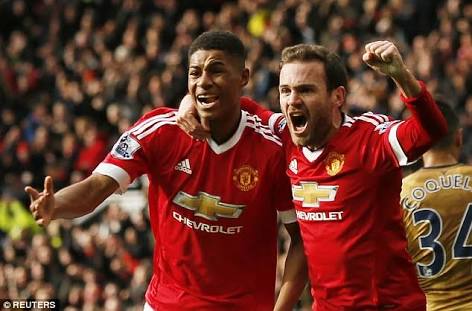 The Spaniard says he is “so proud” to follow in the footsteps of some of the legendary Red Devils that came before him at Old Trafford.

Juan Mata has admitted that he is still isn’t used to playing for Manchester United, describing his experience at one of the world’s top clubs as “surreal”.

The 32-year-old became a Champions League and FA Cup winner with the Blues, establishing himself as one of the finest midfielders in Europe in the process.

The Spain international has solidified that reputation at Old Trafford, scoring 48 goals in 249 appearances in all competitions, while adding four more trophies to his collection – including a second Europa League crown and the Carabao Cup.

Unfortunately, United have been knocked off their perch as English football’s dominant side since Sir Alex Ferguson’s departure, with Mata arriving at the start of a frustrating transitional period under David Moyes.

However, Mata is aware of the club’s illustrious history and the players that helped deliver so many major titles at the height of Fergie’s reign, and still has to pinch himself that he is now treading the same path as a whole host of legendary figures.

Appearing in the new Amazon Prime Video exclusive docuseries Living Abroad, he said: “The feeling of being a player at Manchester United is really special and almost unique in football.

“At times it seems surreal that in the morning I put on that shirt to train, that I play in the stadium where players like Eric Cantona, George Best, David Beckham, Ryan Giggs and Paul Scholes have played.

“People I watched from a long way away as a kid and especially that generation of Beckham, Scholes, Giggs and now I’m playing in their team and I’m so proud of that.”

Mata has been back in training with the rest of his United team-mates over the last few weeks ahead of the Premier League restart on June 17.

Ole Gunnar Solskjaer’s men sat fifth in the Premier League standings before the season was postponed in March due to the coronavirus pandemic, three points behind Chelsea in the race for a top-four finish with nine matches remaining.

United are due to get back underway with a tough fixture against fellow Champions League qualification hopefuls Tottenham on June 19, five days before a meeting with Sheffield United – with all fixtures set to be played behind closed doors.