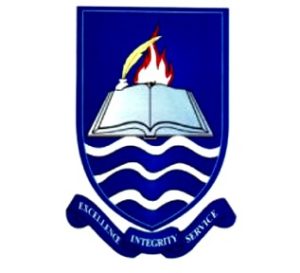 Ignatius Ajuru University has expelled seven students for culture related activities and other offences in the school.

In a statement released by the P.R.O, which reads;

SENATE EXPELS STUDENTS FOR CULT RELATED ACTIVITIES AND OTHER OFFENCES

To serve as a deterrent to others, Senate on Thursday June 4, 2020 expelled the following students from the university for cult related activities and other offences.

1. Wiche ThankGod Chinemerem of the Department of Political Science and

2. Success Humphrey Chigomeru of the Department of Political Science for forceful initiation of a student into the Vikings fraternity.

3.Felix Ikenna Amadi, also of the Department of Political Science though part of those who forcefully initiated a student into cultism was given one year rustication for publicly denouncing cultism twice during the Vice-Chancellor/Students forums.

4. Ijeokwu Louis Emmanuel of the Department of Computer Science was also expelled by Senate for cult attack which led to a student sustaining gunshot wounds.

5.Similarly, Senate expelled Emesiobi Justice of the Department of Social Studies for duping unsuspecting postgraduate students of their school fees.

The decisions were taken by Senate after the presentation of Report by the Students Ethics and Disciplinary Committee to members of Senate who deliberated on the issues raised.

Senate upheld the decision for all operators of business centres around the ICT centre to be sent away. Only duly registered business operators would henceforth be permitted to operate at the campus.

Students are also advised to stop patronizing them and to use the ICT centre for all their legitimate business transactions.

Staff of the postgraduate school are warned to desist from referring students to these business centres for payment of fees.
PRO