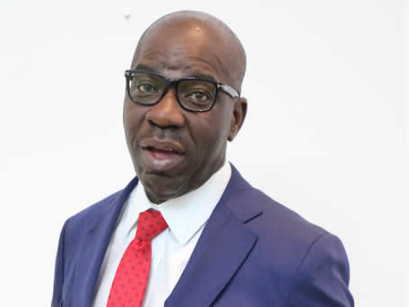 Spread the post
Godwin Obaseki, the Governor of Edo State has said that God will not forgive him if he risks the lives of the people in the State because of politics of the forthcoming gubernatorial election.

while speaking on Sunday Politics aired on Channels Television, Obaseki stated this.

Obaseki insisted that he has never been desperate in his life and will win the primaries whether it is direct or indirect.

“God will never forgive me if I risk the lives of my people because of politics.

“We should not risk the lives of the people because of politics.

“The crisis in the APC is not threatening my chances if Edo people are allowed to express themselves; vote for their choice candidate,” Obaseki said.

Obaseki is one of the six aspirants of the All Progressives Congress (APC) for the Edo elections that will hold later this month of June.

Biafra: IPOB lack the ability, only people like us can decide...