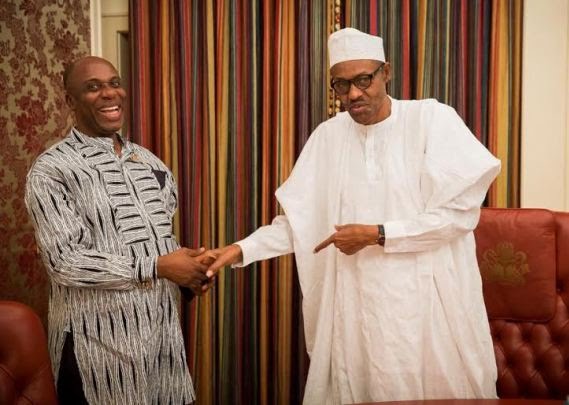 … Commends NPA MD for breaking a jinx, proving herself an astute administrator.

As countries of the world continue to battle the ravaging Covid-19 pandemic which emergence has halted economies and economic activities of nations, the administration of President Mohammadu Buhari is taking very proactive and informed steps towards ensuring that the pandemic does not shatter the economy of Nigeria, Chief Eze Chukwuemeka Eze has said.

Eze, a chieftain of the All Progressives Congress and National Publicity Secretary of the defunct New People’s Democratic Party (nPDP), made this observation in a statement made available to media houses in the South-South region of Nigeria. He congratulated Mohammadu Buhari’s presidency for achieving yet another milestone in the development and expansion of ports to boost economic activities through a robust system of international trade.

President Buhari has executed this major feat through the leadership and foresight of the Hon. Minister of Transportation, Rt. Hon. Chibuike Amaechi, whose commitment to service delivery is yielding tremendous results in all spheres of the economy and national life.

“All wise leaders know that as you fight the deadly pandemic, you also keep an eye on the economy and any opportunity that can happen despite the crisis, because after rain comes sunshine”. The party chief submitted.

Chief Eze said, through the efforts of the President Buhari-led Federal Government and the initiative of the amiable, workaholic, and competent Minister of Transportation, Rivers State, has made history as the first Maersk lines service has berthed in Onne directly from China coupled with the feat of the Calabar Port in Cross Rivers State taking delivery of four shiploads of PMS to help in decongesting Lagos, first in 30 years. This calls for celebration, events that past administrations couldn’t achieve.

Eze further quoted the WACT’s Commercial Manager, Noah Sheriff as saying “It is important to note that this new service will call WACT Onne weekly, coupled with the benefit of a short transit time for cargo coming from Far East. This is a product many customers have been asking, and we at WACT shall ensure that we turn these vessels around quickly,”

This feat calls for celebration as this is one of the largest vessels that ever called directly at Onne without calling at Lagos.

Eze maintained that WACT, which has become the preferred container terminal outside the Lagos area, was fast gaining reputation as the gateway to eastern Nigeria and the alternative to the ports in Lagos.

Eze further highlighted that there was excitement among stakeholders at the Calabar Port Complex following the recent delivery of four shiploads of premium motor spirit, otherwise known as petrol, to the port. The successful berthing of the four vessels a feat that have never happened in the past thirty years followed some new initiatives put in place by the Nigerian Ports Authority (NPA) to revive the ports in eastern Nigeria and also boost trade in that axis.

The move according to Nigerian Ports Authority (NPA), Managing Director, Mrs Hadiza Bala-Usman is to decongest the two ports in Lagos, the Lagos Ports Complex and the Tin-Can Island Ports.

Both ports have over the years been over-stretched beyond capacity, a development that got the two biggest cargo ports massively congested while those in the east, including Calabar were grossly under-utilised, thus giving rise to the need for some reforms.

Eze reiterated that by this revolution, the NPA MD, Hadiza Bala-Usman has proven herself as an astute Administrator who is ready to change the face of ports management in Nigeria.

The Party Chief emphasised that the milestone became possible after a N3 Billion investment in mobile habour cranes was made to upgrade the port. Maersk had announced that containers from China to Niger/Delta and South-East will now go directly to Onne.

Commenting on the benefits of these initiatives, Chief Eze said the development will revive the port and create jobs for the teeming unemployed Niger/Delta and South-East youths. He added that it will boost economic activities and improve the economies of Rivers, Cross River States and other Niger/Delta and South/East states, considering the huge opportunity it presents.

Consequently, Chief Eze tasked Nigerians to continue to support the APC-led Federal Government under the headship of Mohammadu Buhari, as the Transportation Minister, Rt. Hon. Chibuike Amaechi, continues to break new grounds and discover fresh opportunities to strengthen the nation’s economy for the good of all.

This has shown that if Nigerians rally round their leadership, the solidarity will bring about bigger investments and economic prosperity for the good of all. It also shows that this son of the South-South and South-East needs more support to do more for the region. Love him or hate him, he is the one now in a key economic sector and must be supported to get the most for his people.

Describing the Minister as a seasoned administrator with a mastery in timely service delivery for public good, the party chief encouraged Amaechi to remain committed as his custom is, to the service of the nation and all of humanity.

FAAN prepares for reopening of airports