Home PUO NEWS 9th-Senate under me not rubber stamp, we disagree with Buhari many times... 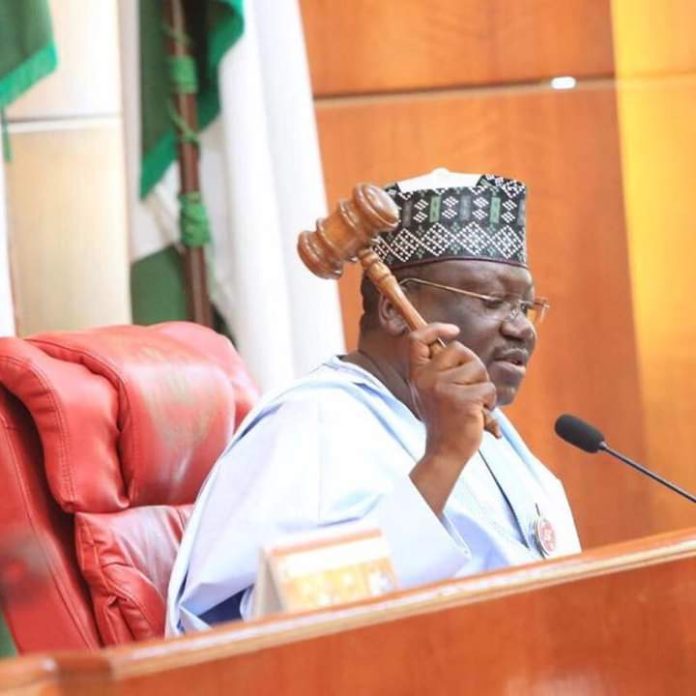 Spread the post
On Monday the Senate President, Ahmad Lawan has dismissed the rubber stamp tag on the 9th senate.

Senator Lawan disclosed that the senate had on several occasions disagreed with President Muhammadu Buhari.

Senator Lawan, however, said the Senate and Executive had found a way of going behind the scene to settle their differences.

Buhari had a frosty relationship with the 8th Senate under the leadership of the immediate past leader, Bukola Saraki.

However, while speaking with newsmen Senator Lawan said: “Do you know that we have disagreed with Mr. President, the executive arm of government, many times?

“People don’t know, because what we have adopted is to go behind the scenes and solve our problems.”

Lawan also maintained that the Senate under his leadership has experienced better service delivery to Nigerians.

He added: “I have also witnessed better service delivery to the people when there was cooperation and mutual respect between the two arms.

“I think I will be unfair to myself, to the people and to the senators who elected me to choose right from the beginning to just fight in the name of independence of the legislature.”