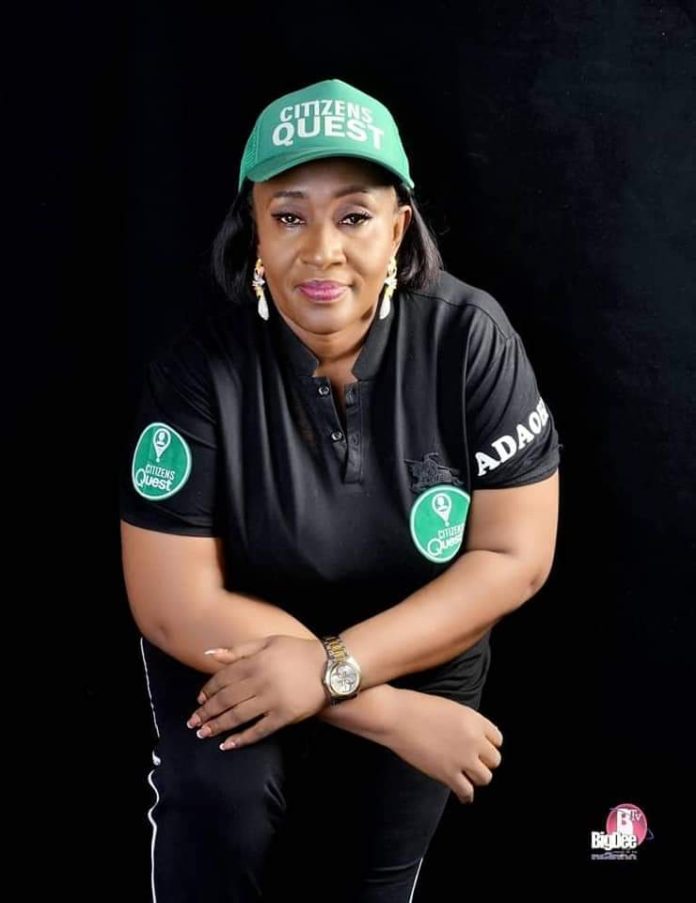 The dance of the absurd taking place in the media space in recent times couldn’t have been had President Buhari not ordered for a Forensic Audit of the Books of the Niger Delta Development Commission, NDDC.
The National Assembly under Senator Ahmed Lawan and Rt. Hon. Femi Gbajabiamila seems to be unconcerned about the imminent dangers of a resurgence of youth restiveness in the oil and gas rich area of the country as some Lawmakers with obvious insidious interest have continued to challenge the authority of the President on the all-inclusive probe of the Commission which has been wobbling, twenty years after its creation. The excessive freedom enjoyed by those who have been publicly accused by the supervising Committee of the NDDC has been overstretched as the leadership of the 9th Assembly has either chosen to look the other way or become complicit in the macabre dance.

Since the decision by the President to look into the way billions of Naira have been frittered away through the Commission, the discordant tunes from a few, powerful Lawmakers from the Niger Delta region has become worrisome that the reading public is now suspicious of their involvement in the pathological sleaze that has characterized the Commission while leaving the region underdeveloped and gasping for air, in a manner akin to the African-American, George Floyd who died while begging to breathe.

It is worrisome that in spite of the fact that the National Assembly is led by the ruling party, APC, yet, the synergy expected between the Executive and the Legislature is far from being in existence as it concerns the Niger Delta region, which has consistently sustained the economy since 1956, when oil was discovered in commercial quantities.

Is it not beyond surprising and an effrontrey for a group of Lawmakers to challenge the decision of the President in approving an intervention for the people of the region for the purpose of the pandemic? The impudence displayed by these Lawmakers who definitely have something sinister to frustrate the efforts of the Interim Management Committee, IMC, of the Commission and the supervising Minister, Senator Godswill Akpabio is a pointer that all is not well, particularly, when the supposed leader of the recalcitrant Lawmakers is from the opposition party, PDP. Could it be that the Senate President has conceded his powers to his Deputy, who recently, walked into the Headquarters of the EFCC with a letter written by the Clerk of the Senate, albeit on his instruction and requested for the probe and arrest of Buhari’s Minister, even when other Senators were kept in the dark of such an offensive? With the denial of Omo-Agege of his involvement in the scandal, will the Senate President set up a Committee to investigate him alongside the Clerk or simply sack the latter? That is up to him to stand for the truth or let his exalted office be ridiculed by his Deputy and his quest for power!

The desperation to have Akpabio removed and the Pondei-led IMC sacked is purely an effort to ensure that Buhari leaves no legacies in the Niger Delta region. The cry over the mismanagement of funds at the NDDC has been on, over time and was enunciated by Vice President Yemi Osinbajo, sometime in 2019 at Delta State. There was a follow up visit to the President by the Governors of the States under the NDDC which compelled the President to give Akpabio the mandate to appoint Forensic Auditors to look into the books, with an Interim Management Committee to oversee the running of the Commission while the audit lasts.
Sadly, those who seem to have been squandering the funds meant to build high grade Schools, Hospitals, Roads and Bridges amongst other infrastructures, are desperate to have Akpabio’s head on the slaughter slab, as millions of Naira have been deployed to different youth groups and a section of the media to further plant negative stories in other to discredit those saddled with this responsibility.

More worrisome is the involvement of high profile and principal officers at the National Assembly in this distracting dance, that one begins to wonder if truly they mean well for the region. What really do they intend to achieve in ensuring that Buhari does not add a stone to projects in the Niger Delta. Is there a fifth columnist working against the President but are pretending to be partners in progress with him?

The effort made by the NDDC to source for international grant of $126 million from the International Fund for  Agricultural Development, IFAD, has been aborted at the point of delivery by this same Lawmakers who wickedly slashed the budgetary provision for the counterpart funding from N1.3 billion to a paltry N100 million in the 2019 Budget of the NDDC! Funds from IFAD meant to massively engage in Agriculture in the region was wished away with the stroke of the pen. Not done with the plot to keep the region perpetually underdeveloped and totally dependent on crumbs from. Federal Allocation, these agents of darkness ensured that the budget of N10 billion for the construction of three Specialist Hospitals in the region was slashed to another paltry N100m! Yet, they prefer that billions of Naira are allocated for non-existent Training programs, Desilting of the Waterways and Medical Tourism overseas that yield nothing.
The 2020 Budget which has since been submitted in 2019 is yet to be attended to. Those who have gathered irrespective of party affiliations, to keep the region in agony at the risk of illegal activities of oil bunkering, environmental degradation and deprivation, and massive pollution of the air and water resulting in the cancerous black smooth and death of aquatic life are not done with their offensive as they question the rationale behind the payment of contractors owed by successive Boards of the Commission.

The recent probe of N40 billion by the two Houses of the National Assembly is only a disguise of their real intents. Why is this probe more important to the supposed watchdogs of the Commission rather than allow for a thorough Forensic Audit? What is the real purpose of the Adhoc Committees of the two Houses in writing the Bureau of Public Procurement to deny the Forensic Auditors access to the nine states to verify the records of the Commission? This is not only suspicious but scandalous by those who claim to be in support of the Presidential Order of the Forensic Audit!

One begins to wonder who is actually ruling the country when a few Lawmakers have effortlessly challenged the powers of the President to seek to know what has been of the monies poured into the NDDC for over 19 years.
For the second highest ranking Senator who flaunts the title of “Leader of the South South” to resort to a petition against a Minister to the EFCC, in order to frustrate the President and leader of his political party, leaves much to be desired! It is clear that the 9th Assembly is not interested in the development of the Niger Delta region.
No wonder the same Lawmakers who claim to have an oversight function on the Niger Delta have failed to query the Presidential Infrastructural Development Fund, PIDF, on the deliberate neglect of the East-West Road which is one of the five critical projects under the Nigerian Sovereign Investment Authority, NSIA. While they are at war with the managers of NDDC, they have left the people of the region to suffer as they navigate from one state to the other through the East-West Road. In spite of a Presidential approval of N100bn in 2018 for the completion of sections 1 to 4 of the road and a release of N19.5bn by the Minister for Finance, three years ago, for the payment of legacy debts, the PIDF under Mr Uche Orji has failed to pay the Contractors, thereby delaying their return to the site and allowing the road to deteriorate.
Without a recent intervention by the NDDC to repair the failed sections of the road, the people of the region would have  completely been cut off from the West.
It is clear that there is an orchestrated plot to make sure that the APC controlled Federal Government fails in the Niger Delta region. And who are those responsible for this mess? Obviously, they are not far from us as the fate of the Niger Delta region now depends on them!

Desperation And Many ABSURDITIES OF BENJAMIN Kalu- Why Bende People Dont...