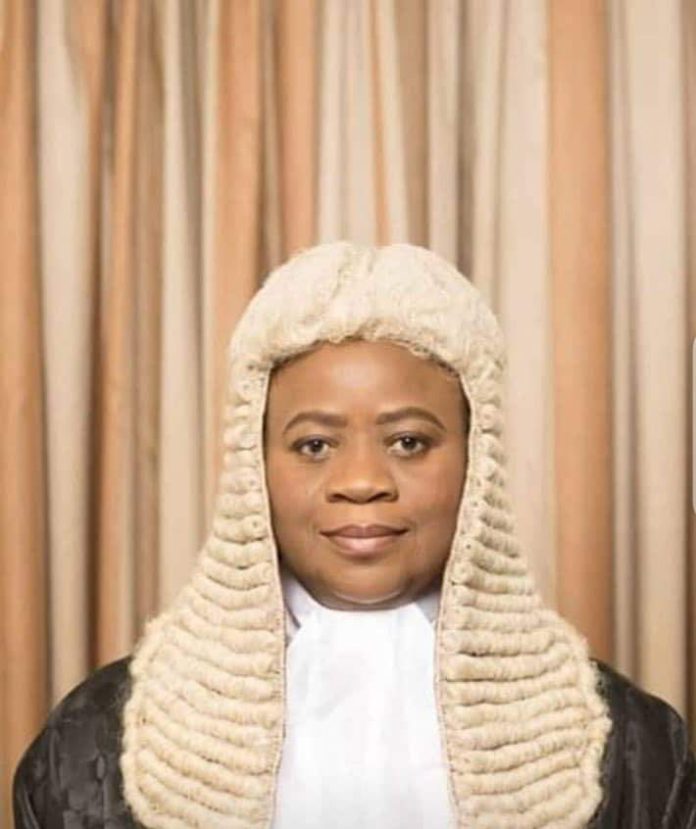 The Presidency on Sunday explained why the acting President of the Court of Appeal, Justice Monica Dongban-Mensem has not been confirmed.

The Senior Special Assistant to the President on Media and Publicity, Garba Shehu, in a statement issued on Sunday, said President Buhari is not a rubber stamp while making judicial and other appointments.

Shehu, who said the President has a duty to ensure that all appointments meet the requirements of the constitution, added that he also has an obligation to allow law enforcement and security agencies to do their work.

He said the statutory regulatory time of Justice Dongban-Mensem’s acting period had not lapsed, stating that the development is to allow security and law enforcement agencies complete their job and not about ethnicity or religion.

He said: “In making appointments upon the recommendations of other arms or agencies of the government, the President is not a rubber stamp that will mechanistically sign off on nominees that come before him.

“The President has a duty to ensure that all such appointments meet the requirements of the constitution and in protecting the supreme law of the land in this regard, he has an obligation to allow law enforcement and security agencies to do their work.

“Don’t forget our recent experience with ministers who were signed off upon and turned out as having not undertaken the compulsory National Youth Service, just to give you an example. “In the specific case of the Acting President of the Court of Appeal, Her Lordship Justice M. S Dongban-Mensem, the statutory regulatory time of her acting period has not lapsed. “This is not about ethnicity or religion; it is about security and law enforcement agencies being allowed to complete their work.

“Nobody should seek to stampede the President in carrying out his constitutional duty in this respect. The President had not been a rubber stamp dealing with these matters before, and is not prepared to be one at this time. “Let all allow the system to do what is right.” President Buhari had, on May 29, 2020, approved the extension of the appointment of Hon. Justice M.B. Dongban-Mensem as the Acting President of the Court of Appeal (PCA) with effect from June 3, 2020, for a further period of three (3) months pursuant to Section 238(4) and (5) of the Constitution of the Federal Republic of Nigeria, 1999 (as amended).

The President had on March 5, 2020, announed her initial appointment as the Acting President of the Court of Appeal for an initial period of three months, with effect from March 6, 2020, when the immediate past PCA President, Justice Zainab Bulkachuwa, statutorily retired from service.

Shehu had said in the first statement issued on her appointment that Justice Mensem, who is the next most senior Judge of the Court of Appeal, will be acting pending when a substantive appointment to the position of the President of the Court of Appeal might be made by President Buhari subject to the confirmation of the Senate. He said the President’s approval of the appointment of Justice Mensem, followed the recommendation of the Chief Justice of Nigeria in line with the provisions of Section 238(4) & (5) of the 1999 Constitution as amended.

RIWAMA Sole Administrator Frowns At Use Of Receptacles As Morgues For...